Arupjyoti Saikia, a faculty of Social Science and Humanities Department of the IIT Guwahati, was on Saturday reportedly, interrogated by the NIA for his alleged violation of the newley amended citizenship laws of the country.

Mr. Saikia was summoned to the National Investigation Agency's office located at Sonapur, outskirts of Guwahati, where he was quizzed by the agency for sometime.

A researcher on the Brahmaputra river and alumnous of the Delhi Univerisity, Mr. Saikia had pursued extensive study on the forests of Assam also.

He will be questioned by the NIA on Monday, too, sources revealed. 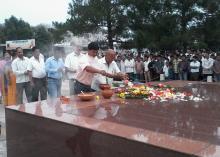 1 May 2015 - 10:55am | Hantigiri Narzary
25th death anniversary of Bodofa Upendra Nath Brahma, former president of the All Bodo Students’ Union (ABSU) is being organised at Thulungapuri Dotma in Kokrajhar district. 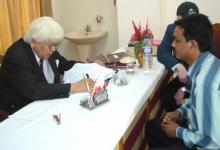 18 Jan 2008 - 3:05pm | editor
Five more people on Friday deposed before the Manisana Commission probing the Beltola clash that rocked the state on November 24. The panel is understood to have recorded some startling revelations...