30 Sep 2015 - 9:03am | Jackson Tayeng
A team of veterinary doctors led by Dr Jikom Panor visited flood ravaged Gadum and Mer villages under Mebo to ascertain the cause of reported outbreak of diseases in cattle.The team conducted animal...

27 Mar 2008 - 12:01am | editor
Rapid Action Battalion [RAB], the most notorious Para military forces in Bangladesh, which is known for its atrocities through extra judicial killing, abduction, rape and collecting ransom, has... 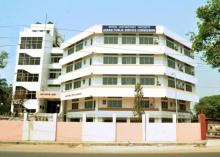