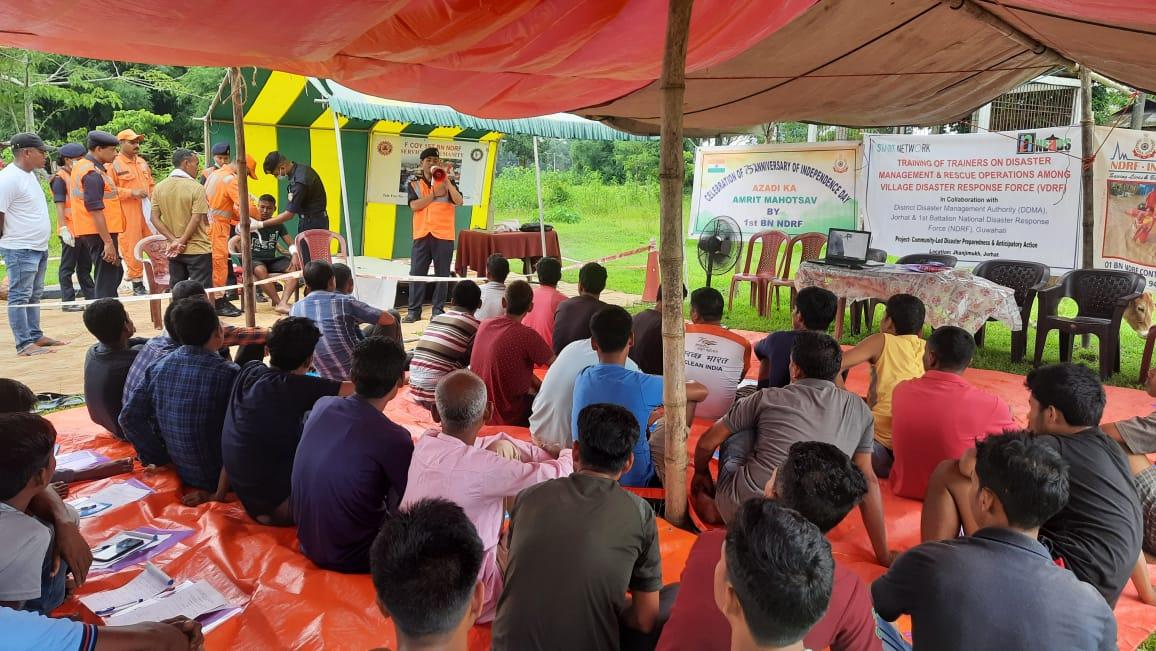 A community level training on 'Emergency Management and Flood Rescue Operations' is being held at the flood hit village of Jhanjimkuh in Jorhat district, Assam on 10th June, Friday. The daylong event was organized by North-East Affected Area Development Society (NEADS). The program was hosted in collaboration with the District Disaster Management Authority (DDMA) and 1st Battalion of the National Disaster Response Force (NDRF), Guwahati.

In the training, NDRF (National Disaster Response Force) imparted various methods and approaches of search and rescue operations during water induced disasters like floods, emergency first aid on PHT Dressing & bandage to stop bleeding, lifesaving techniques such as CPR, disaster safety tactics including use of improvised floating device, preparing Burma bridge with ropes. The trainees were from VDRF (Village Disaster Response Force) which is promoted and institutionalized by NEADS in severe flood affected areas.

The training was followed by NDRF practical simulation exercises and mock drills in the Jhanji River, where community members also participated. There were eighteen NDRF members. The event is an initiative of NEADS in Community-Led Disaster Preparedness and Anticipatory Action in the extreme flood hit areas of the district. 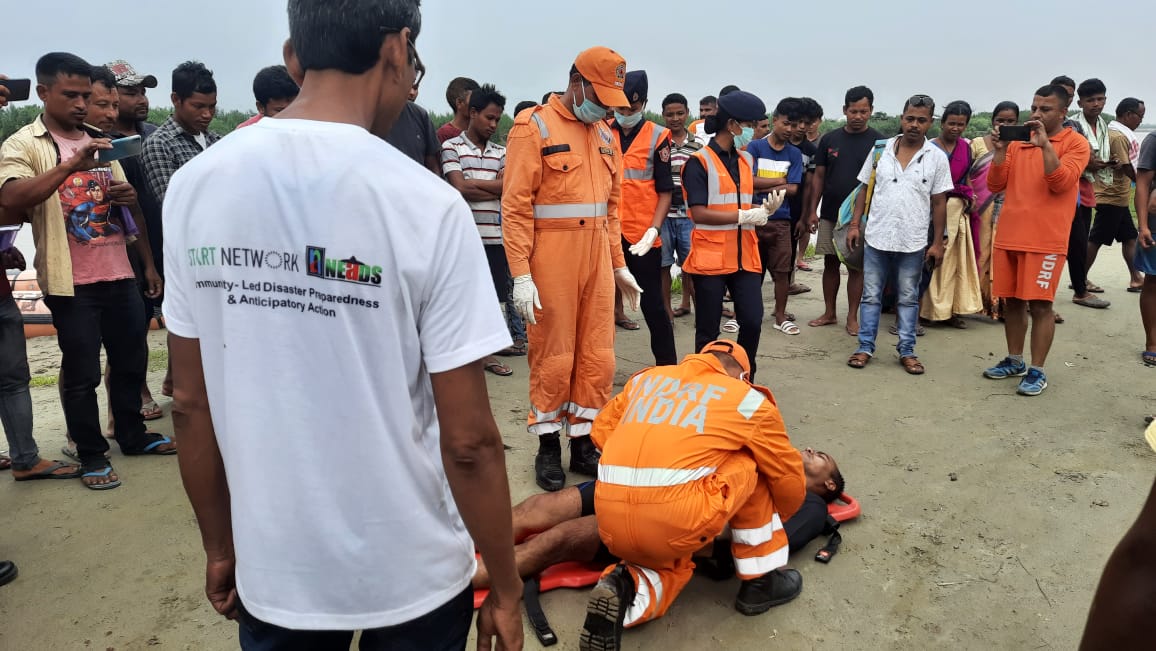 26 Aug 2015 - 10:40am | AT News
Delhi police busted a major sex racket after recovering three minor girls on Wednesday. Acting on some disturbing inputs, a police team conducted a raid at a room in Narayan area where the three...

3 May 2014 - 11:45am | AT News
NDFB-S on Saturday made it plain and simple that the ongoing bloodbath in BTAD areas was not their handiwork.In an audio message to media, the outfit alleged a third party role in the gruesome...