Low voting pushed Kaziranga out of the global race

Sad news to Kaziranga fans! Kaziranga National Park could not make it to the final round of the new seven wonders of the world.The names of the final 28 nominees have been declared on July 22,after second phase of the world wide voting. Unfortunately, Kaziranga’s name was missing in the list. According to the officials of the global voting to select seven new natural wonders of the world,the voting for the final phase had already begun.

Late hard campaign of Tarun Gogoi, Chief Minister of Assam could not attract attention of the people of Assam. Organizations like AASU and AJYCP too remained silent this time to make Kaziranga National Park one among top seven natural wonders of the world. Only Sundarbans of India-Bangladesh managed to make room in the list of 28 for final round of voting. 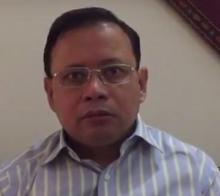 7 Mar 2017 - 3:20pm | AT News
The Silapothar clash suggests, beyond doubt, a sharp fall in the dominance of the indigenous people and if the disturbing trend is allowed to continue the Assamese ad a nation would be reduced to...

14 Jan 2017 - 10:01am | AT Kokrajhar Bureau
Security forces recovered a riffle along with ammunition from Ratan Sarania's house at Karhana area in Baksa district on Friday. Based on an input about arms, a joint team of police and army carried...