Dr. Raktim Ranjan Saikia - is a convener of proposed "Asamiya Jatiya Itihas". This is to compile a compete chronicle of Assam from Ancient to modern times using all possible scientific means and ways. He has done his M.Sc and Ph.D from Gauhati University and have published several research paper in different international science journals. He has started his professional career as an Engineering Geologist, joined in petroleum sector for different oil companies. He is currently an Assistant Professor at Department Geology of JB College, Jorhat.

During his study on languages of the North-East he came to know about the book 'Comparative Vocabularies' which is kept at The British Library. The lexicon was written by Francis Buchanan Hamilton (1762 to 1829), a British polymath of the 18th century. Hamilton came to India when it was under the East India Company. The book contains words in 10 languages, including English, Assamese, Bengali, Manipuri, Garo, Rabha, Koch, Kachari, Panikoch and Mech.

Dr. Devabrata Sharma, chief editor of Asomiya Jatiya Abhidhan (Assamese National Dictionary) said that “The book will throw light on the languages of undivided Assam and the northeastern region as a whole and is expected to fill in many missing links in the study of the languages.” 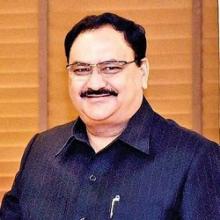 Nadda on visit to Assam

17 Feb 2017 - 9:27am | AT News
Union health minister JP Nadda is on a two days visit to Assam on Friday injecting fresh hopes in the state’s health sector. Nadda is laying the foundation stone of a medical college Dhubri on...

23 Jul 2009 - 12:54pm | editor
There has been a steep in the cases of infiltrating from across the Indo-Bangla border if the government ius to be beleived. According to a home ministry statement, till June this year, 991 foreign...

9 Aug 2014 - 10:41am | SK Hasan
Japanese encephalitis start wreaking havoc in Nazira again. The killer disease has so far claimed one person. This is apart from over ten person undergoing treatment in the various hospitals....