It needs mention that Gautam Jyoti Talukdar,senior journalist of the district has been awarding this rural reporting award every year in memory of his father late Hem Chandra Talukdar. A thirty one members new district executive committee was also formed at the meeting with Dhiren Baishya as president; Jayanta Das, Dipen Deka and Joy Narayan Prasad as vice presidents;Narayan Deka as secretary; Ram Upadhaya, Jagadish Pathak and Imran Hussain as asstt. secretaries and Diganta Kumar Sarma as souvenir editor. 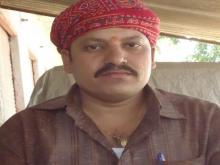 22 Oct 2017 - 12:36pm | AT News
Journalists’ Forum Assam (JFA) has strongly condemned the repeated murder of scribes in the country and urged the Union government in New Delhi to formulate a strict policy to safeguard the media...

Be prepared to pay more

10 Mar 2015 - 5:32pm | AT News
Chief Minister Tarun Gogoi is proposing a slew of measures that would make you uncomfortable indeed. If you are planning to lodge at a hotel, be prepared to pay more.Gogoi, in his Rs 26.32 crore...

22 Feb 2014 - 5:38pm | AT News
BJP prime ministerial candidate Narendra Modi on Saturday said that the Bangladeshis are posing serious threat to India.In his address at a hug rally in Silchar, Modi said that if he is voted to...