Ekhon Nedekha Nodir Xipare (As the River Flows), a film by debutant director Bidyut Kotoky on the troubled river island Majuli has been invited for screening at the Washington DC South Asian Film Festival (DCSAFF). The 90-minute film which is inspired by the ‘unfortunate’ incident of kidnapping and murdering of social activist Sanjay Ghose in 1997 in Majuli will be screened during the May 9 to May 13 at Shady Grove in Rockville, Maryland.

“It is definitely one of those moments when you feel that your hard work has been paid off. I feel, the viewers will get an opportunity of the situation which touched Assam a decade back,” said an excited Bidyut Kotoky after he got the confirmation from the organizers.

Sponsored by Ceasar Productions, DCSAFF aims to give South Asian filmmakers from around the world a chance to exhibit their films to the diverse cine-going audience of the nation's capital. The Festival brings together a wide variety of films from across South Asia and includes films in Hindi, Urdu, Marathi, Bengali, and Telegu. 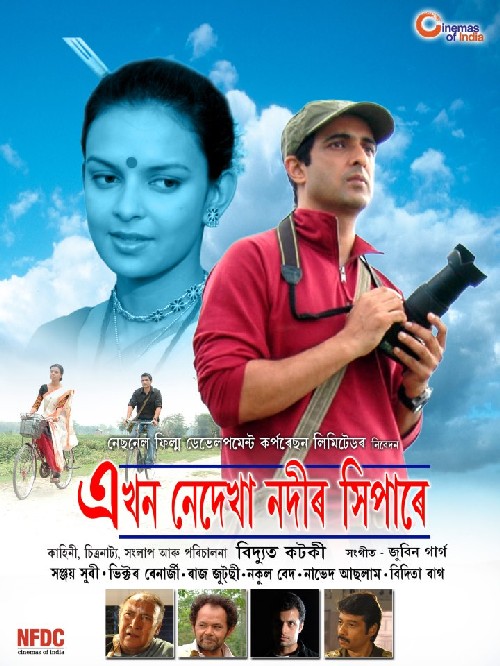 The festival will kick-off Friday night with an exclusive opening night red carpet gala followed by a feature film tribute. On Saturday night our centerpiece film will be shown. On Sunday evening, the festival will close. All guests will be available for question and answer sessions after every movie. Other highlights of the weekend include workshops on film making techniques form renowned artists and technicians, short films directed by local artists ‘The Story Tellers’, and the Washington DC premieres of a number of exciting new films.

DCSAFF 2013 will give a chance for audiences of all ages and ethnicities to discover new South Asian filmmakers, and celebrate ones already well established.

6 Jul 2016 - 10:25pm | AT Kokrajhar Bureau
A 24 member team along with three officials’ squad have been named from Bodoland Tong-IL Moo-Do Association to participate in the 2nd Tong-IL-Moo-Do Federation Cup 2016 to be held from July 30 next...

26 Apr 2009 - 1:51pm | editor
Sixty five per cent voters exercised their franchise in the 14 polling stations in three Lok Sabha constituencies in Assam which went for repoll on Sunda. The repolling which began at 7 in the...

11 Apr 2014 - 8:03pm | AT News
Finally, it’s a respite for voters in Karbi Anglong district.KPLT has withdrawn indefinite bandh call from Friday. This will enable the voters to exercise their franchise in the Lok Sabha polls on...