North East Zone Cultural Centre, Ministry of Culture, Government of India successfully organised two Folk Fusion Music Festivals at Asufu Ground (EGL Factory), Mao, Nagaland on March 26 and the other at Tangkul Nagalong Ground, Ukhrul, Manipur on March 28, 2013 with performances in both the venues by 3 renowned Naga names in the field of music from Nagaland and Manipur namely Rewben Mashangva, the popular Naga Folk and blues singer accompanied by Ringo and his son Saka from Imphal, the talented singer Wabang Longkumer who is the reigning ‘Naga Orpheus Hunt 2012’ (Naga Idol) from Mokokchung, and one of the nation’s best folk fusion band Abiogenesis from Dimapur. The festivals also saw festival opening performances by respective local artistes and comperes in both the venues.

The local MLA L. Dekho was the Guest of Honor at Asufu Ground, Mao whose speech kicked off the festival at 6.30 pm to an enthusiastic crowd of around 4000 who refused to disperse even when the last song was played at 9 pm.

Shri. M. Ravi Rao, Addl. DIG, Assam Rifles, 10 Sector was the Guest of Honor at Tangkul Nagalong ground at Ukhrul. The festival was attended by around 2500 crowd which started at 5.30 pm and winded off at 8.30 pm. 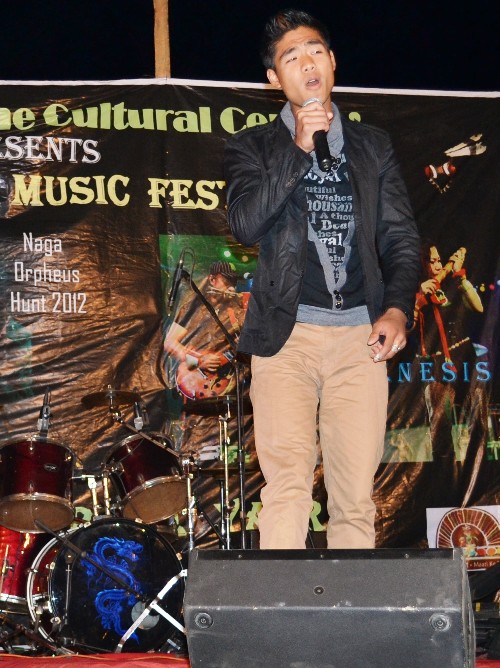 1 Oct 2015 - 9:59pm | AT News
The Assam government will inaugurate twenty-five numbers of Nutrition Shops across the State as a Special Project under AssamState Rural Livelihoods Mission Society (ASRLMS) in its first phase on...

4 Jun 2008 - 4:04pm | editor
The 12 hour ABSU sponsored Kokrajhar bandh is disrupting normal life in the district. All business establishments and other institutions are remaining closed, vehicles are off from the streets from...

18 Mar 2014 - 9:35am | AT News
An uneasy calm prevails in Changsari on Tuesday a day after a women was killed in police firing.Local residents in large number told Assam Times that the tragic incidents could have been avoided had...