Banks not honest with common people of Assam:DC Udalguri

Setting a good example to others, the village women of Ratanpur near Tangla have successfully established a goatery farm as a positive step towards self sufficiency. Thirteen numbers of house wives belonging to different communities established “Milijuli Self Help Group” in the year 2004 at Ratanpur village.Since then they have been taking up various grass root level activities in the village including a goatery farm. Now the farm has nearly sixty local goats.

A high level officials visited the farm on 11 June. On the occasion a meeting was held at the village which was presided over by DN Hazarika,Circle Officer,Harisinga Revenue Circle,Tangla. Dr. Kailash Chamua, VAS,Tangla in his introductory speech spoke about the success story of the women group. He said that the farm was supported by RKVI scheme. Thaneswar Malakar,Deputy Commissioner, Udalguri, who attended the ceremony as the chief guest thanked the village house wives of Ratanpur for successful establishment of the goatery farm towards self sufficiency. He also said that most of the financial grants had never been properly utilised by NGO or self help groups. He said commercial banks too had never been honest to rural farmers.According to him most of the commercial banks have been releasing government subsidy amounts only to farmers, but fail to release bank loan amount. At the same time he requested farmers,self help groups and NGOs to properly utilise any types of government or bank financial assistance. The meeting was also attended and addressed by Dr.SK Das,HOD,Microbiology,Veterinary College, Guwahati Khanapara ; Dr. Maitrayee Devi and Indrani Chakravorty (both microbiologists).

2 Aug 2015 - 7:16pm | AT News
AASU general secretary Lurinjyoti Gogoi mires in controversy when an AIUDF MLA accused him of striking a secret deal with RSS.The AIUDF legislator alleged on Sunday that Gogoi attended a recent RSS-... 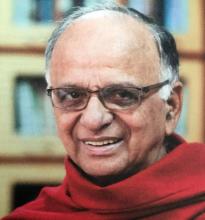 24 Nov 2019 - 10:07am | CM Paul
Guwahati:  The Delhi-based International Human Rights Council has announced an “Ambassador for Peace” Award for retired Archbishop Thomas Menamparampil of Guwahati. The Award will be conferred...

20 Jun 2012 - 3:32am | editor
The Centre-NDFB peace process is set to be expedited when the a delegation of the Bodo National Conference will sit in talks with the Centre within the next couple of days.Led by Khampha Borgayari,...