The industrial development in India has been dependent on the political influence and leadership ever since independence. It was because of the fact that no fair policy could be framed for equal development of all the regions of the country simultaneously. That is why some of the areas remained completely neglected and the others developed beyond limit resulting in heavy congestion. Besides, the metropolis and a few big industrial centers where opportunities are ample for industrial growth, there is vast disparity in the growth of industries in various regions. The industrialization of a particular area depends on the degree of political influence it has in its favour.

A few industries have been set up on the basis of availability of raw materials, which is the prime factor for consideration before taking up such projects. After coming up of giant steel plants of Bhilai, Rourkela and Durgapur, demand for such a project in public sector was raised from Bihar (now Jharkhand part) which resulted in Bokaro steel plant. On demands from Southern states of the country, the Salem steel project came into existence. The Barauni and Mathura oil refineries were set up at long distance from the raw materials belt. All these happened due to political influences and pressures. Had there been no pressure from the public the chances for Guwahati and Bongaigaon oil refineries were bleak. The commitments in Assam Accord for Numaligarh Refinery and other developmental works came after the people came on the streets agitating for those. The Accord is not fully implemented as yet due to lack of powerful leadership and will power of the ruling party. The northeastern states could not be developed industrially well despite enormous availability of raw materials in the region. Unless the administrations of these states get ready to create conducive atmosphere, the region is likely to lag behind in comparison to other states of the country.

In a democracy like India the representatives of the people have special role to play in the interest of the people whom they represent. Unfortunately a number of such representatives have no voice of theirs in the House of Representatives. They fail to bring prosperity for the people of the region they represent despite their commitments and assurances before they return to the Parliament or the state assemblies. On the other hand a few leaders strongly fight for the development of their constituencies and dominate over the others. They do their best for the improvement of the condition of their electorate.

The lack of education, awareness and extreme poverty added with immaturity of our people in maintaining high standards of democracy by keeping the faith above in principle leads to their maximum exploitation by the political leaders. Our innocent voters are allured by attractive slogans before the polls and they join this or that camp purely on certain temporary issues. This leads to unsuccessful attempt to solve their long -standing problems unless they get really a powerful leader to represent their cause.

For instance among the influential leaders who really worked for the development of their constituency, the former prime minister Late Indira Gandhi could be placed on the top. All round development of her parliamentary constituency Rae Bareli, which she represented for more than a decade from 1967 to 1977, is a bright example of such development, which could be called a forced development in other words. Practically having no resources for industrial growth Rae Bareli an unknown place for millions of the people till 1967 figured on the industrial map of the country within a very short span of time. Rae Bareli district was one among the seven most backward districts of Uttar Pradesh to which the Central government provided capital assistance. The district was primarily an agricultural belt and due to various schemes of the Central and the state government for many years, the environment for industrialization had been envisaged. Had she not lost the election in 1977 from this parliamentary constituency, the chances of its attaining the peak in development were much higher. But whenever the schemes came up during her time those were most successful and satisfactory. More than fifty large and medium scale industries were working in full swing. After assassination of Indira Gandhi in 1984, although the Congress party itself represented this parliamentary constituency, but none of the leaders took interest in its development, which gradually diminished. The MPs like Arun Nehru and Sheela Kaul could not prove worth and during their period some of the industries collapsed. Now, Sonia Gandhi represents this constituency and despite non-Congress Party rule under the leadership of Mayawati in the state, she is leaving no stone unturned to fulfill the aspirations of the people she represents. Some new industries have been added to its industrial network. Another reason for industrial backwardness of the northeastern region is uncertain political situation for last two decades. The administration of the region has failed to bring a clean picture of schemes. The allegations of rampant corruption in various departments have further added to the deteriorating condition of the region. Continuous agitations and militant activities have destroyed the environment to a large extent. Efforts are on by the Center and state governments to bring conducive atmosphere in the region and once the peace talks mature and dynamic leaderships come forward, the chances of development can not be ruled out. 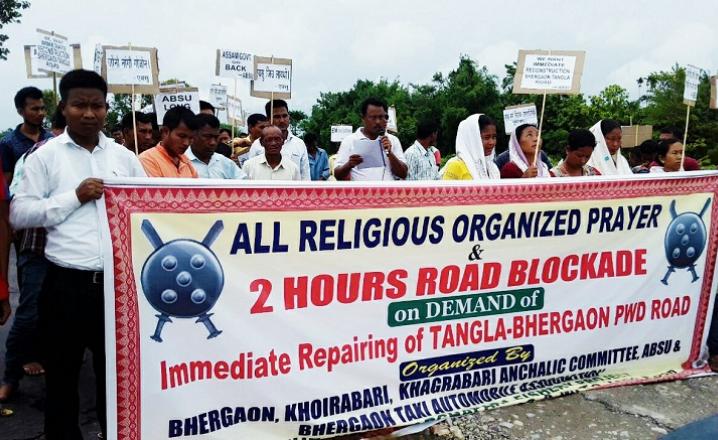 31 Dec 2009 - 4:40pm | editor
Immense resources available for development for the north eastern region will come up for a thought provoking discussion as the non resident Indians from Assam will rub shoulders on January 11 and 12...
Follow @Assam Times