The overall flood situation shows some let-up sign. But the majority of the affected locations are still under water.
The flood water receded in Chirang and Lakhimpur districts, while the situation in the worst-hit Dhemaji and Jorhat had also marginally improved.
Most of the villages in 12 affected districts were still under water.

The first wave of flood this season since mid-May has affected nearly 1.5 lakh people in about 500 villages across 12 districts in the state. 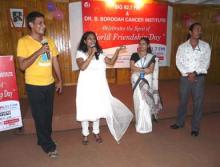 Frienship Day for a cause with cancer patients

4 Aug 2008 - 2:30am | Nanda Kirati Dewan
The other day this correspondent received a call from the popular RJ Mandira of BIG 92.7 FM for coverage of Friendship day program at B. Barooah Cancer Institute as BIG 92.7 FM and BBCI celebrates... 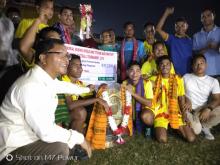