A full scale operation is set to begin in the BTAD areas. This was what new DGP Khagen Sarma told reporters in Guwahati after NDFB(S) shot dead 6 people in two separate shoot outs during the last 24 hours.

Sarma said that the security forces are all set to launch the operation to flush out the disturbing elements in the BTAD areas. Earlier, Sarma apprised chief minister Tarun Gogoi of the incidents where militants killed 5 bus passengers in Kokrajhar forcing the government to seek additional forces to contain the situation in the run upto the Republic Day celebration. 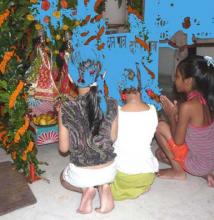 17 Aug 2008 - 2:22am | Nanda Kirati Dewan
Devotees in Guwahati celebrated the "Jhulan Puja" marking the day Lord Krishna was put on a cot after his birth in last Jamnastami. On this day baby Lord Krishna becomes 13 month old and he...

13 Aug 2010 - 4:27pm | Anup Biswas
To encourage and to create awareness among the people about the forestry and its conservation throughout the district, the forest department will reward individual, village and Joint Forest... 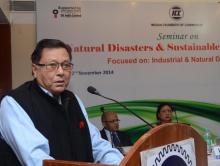 Focus on disaster and development