Now I know you now I don’t that’s the secret game going on between the former chief minister Prafulla Kumar Mahanta and his estranged party members. After splits, expulsion, reunions, agreements disagreements the former AGP chief is once again surrounded in controversy as his reputation is once again tarnished by the indictment in the “secret killings” case.

Constituted in 2005 the justice (Retd) KN Saikia Commission of Inquiry on Secret Killings carried out between the year 1998 and 2001 after studying 35 cases of the nature of secret killing in four phases, in its report held Mahanta the then chief minister as well as in charge of the home department responsible for the cases. The panel also indicted independent legislator Kushal Deori in one case of mass murder which was the murder of suspected Ulfa conduit Uma Gogoi’s family.

In his report justice Saikia allegedly reported that the killings were the outcome of a nexus between the police and the surrendered Ulfa members collectively referred as Sulfa.

However, the findings of the preceding inquiry arrived upon by the JN Sarma Commission was rejected by the Congress government in August 2005 and was never aired in public.

The JN Sarma Commission had given a clean chit to Mahanta as well s to the police. However, it did point to a conspiracy and cited revenge as the motive for the killings. Most of the victims were either family members or people close to the Ulfa militants.

It was only after the High Court‘s intervention after a petition filed by Mahanta that the Sarma Commission reports and the Saikia Commision reports were presented in the Assembly.

Now the AGP has rallied around its former chief in his hour of need. The AGP leaders sprang to Mahanta’s defence as soon as the reports were tabled by the Tarun Gogoi government. Allegations and counter allegations later the arguments by both houses of the assembly hang in balance as none was ready to hear the other.

One Commission’s finding found Mahanta guilty while the other gave him a clean chit which once again leaves question wide open regarding the architect of the secret killings. Probably another commission would be set up to investigate the authenticity of the two commissions and so forth. Therefore till the tug of war continues the public needs to sit back and grope in the dark for an answer to the secret behind secret killings.

Permalink Submitted by jaay on Thu, 13/12/2007 - 02:46
ThatÃ¢â‚¬â„¢s the state of affair in the entire country. Actually, the politics is at its lowest point so far. Whoever is in the power, he is innocent and the moment he is out, he becomes the convict, but the fact remains that the TRUTH never comes out. We never come to a conclusion in any of the high profile cases, it always hangs in balance and if we really look at all this, what happens in the end? Just because an injustice is done, people take the route which leads to extremism and then people call them terrorists. If I may pout it this way, that so called the people are the result of the injustice met to them at some time or the other, it will not be wrong. Common people suffer while these so called high profile people get Z level security covers. Under these circumstances one is compelled to think that whether the democracy is playing its role fairly or not? Another question, another day, but answers are elusive. The only option left is that IF the case is heard by any impartial judge, chances are that something may come out, (if he is not transferred) but I have not seen it happening so far. So we can only pray that someday / someone puts an end to this mess, I am emphasizing on SOMEONE because from the masses I donÃ¢â‚¬â„¢t expect much, they are responsible for voting these people into power and then get repressed. Keep posting. 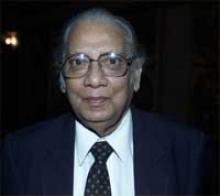