TANGLA: Anadi Ananta Prashari- a collection of Science based Assamese articles authored by husband-wife duo Pranabjyoti Das and Archana Das was released in a book launching ceremony at their residence in Tangla on Friday evening. The book published by Purbayon Publications, Guwahati was was jointly launched by Assistant Professor, Dept. of English,Tangla College, Narayan Gahatraj and Former Research Fellow at Fremantle,Singapore International, Shimanta Bhattacharjya . "The book is a compilation of science based articles which will go way long in removing superstitions from the society and build a scientific temparament among readers by popularizing and fascinating the younger and older generations towards science", said journalist, Shajid Khan on the ocassion. While Archana Das is a Assistant Prof. of Dept. of Zoology, Tangla College, Pranabjyoti Das who previously worked as a Assistant Prof. of Dept. of Zoology,Tangla College from 1995-2012 is currently the Principal of Arunodoi Junior Science College,Tangla.The programme was also attended by Lecturer in English, North Darrang College,Tangla, L.K. Ramchiary; Principal of Arunodoi Academy, Nepoleon Daimari among others.

5 Mar 2010 - 10:36pm | editor
The proceedings in Assam Assembly came to a grinding halt on Friday for almost an hour a day after the debate went all time low on Thursday. As the House began its question hour at around 9 in...

15 Jul 2015 - 3:55pm | Rajiv Roy
The Vyapam (Vyavsayik Pariksha Mandal) or Madhya Pradesh Professional Examination Board scam in Madhya Pradesh (MP) is perhaps one of the most sinister scams in the history of the country, so far.... 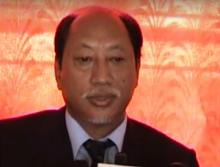 18 Feb 2017 - 10:49pm | AT News
Borgos, a resort adjacent to the Kaziranga National Park suddenly struck the attention of all political leaders in the north eastern region. On Saturday, the resort turned into the hub of all...