GMDA fund down the drains in Guwahati

Problems after problems seem to have crippled Guwahati these days. The pride of the north eastern region continues to grapple with massive water logging and traffic snarl apart from the porous man holes that turn into death traps at regular intervals.

But why? What makes the principal city in the eastern part of the country to coexist with so much problems? The government set up Guwahati metropolitan development authority to give the city a fresh lease of life. The budgetary allocation has been huge. But only to go down the drains if the plights plaguing the city is any indication.

During our on the spot investigation, a great deal of sensational facts and figures have come to light. The rivers Bharalu, Sarusola, Borsola and Bahini turn into garbage spot thanks to a section of irresponsible citizens and a section of GMDA bureaucrats who make money to the tune of crores of rupees.

GDMA sources have confirmed that Rs 20,000,000 have utilized in the name of de-siltation works in the city under the AOP during the year 2011-2012. According to the official records, cent percent works have been completed leaving the knowledgeable circle completely clueless. During this period, GMDA claimed to have renovated and repaired roadside drain at the flood-hit Anil Nagar with a huge fund of Rs 6000,000. But the plight of these local residents need to be introduced afresh. The entire huge area sticks in water logging even after  a  rain of half an hour..

If this huge amount was spent in de-siltation and renovation works, then why these problem recur at regular intervals. Is not it a fit case of fund misappropriation or a huge scam?

27 Dec 2013 - 12:44pm | AT News
The third EMFA media awards 2012 has been postponed to April next year, which will be organised with the fourth annual EMFA awards. The Electronic Media Forum Assam (EMFA) has also asked the...

28 Jul 2013 - 9:06pm | AT News
Guwahati slips into a reign of terror amid fear of ULFA attacks when a powerful bomb explosion rattled the city on Sunday evening leaving atleast 8 people injured. The explosion took place in... 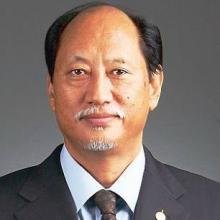 3 Mar 2018 - 11:17am | AT News
MARCUS KANYAKKOHIMA: The ruling NDPF in Nagaland is facing a close fight with NDPP as counting of votes is under way  in 17 centres across the north eastern state. According to an updated trend...