The dissident ministers and MLAs on Thursday threaten to take a drastic step if party high command fails to dislodge Tarun Gogoi as chief minister by Saturday.

Addressing a press conference in Dispur on Thursday, they said that they have been waiting for the party high command’s response to their demands. “If we are unheard we are ready to face any eventuality,” they said.

They claimed that they have support of 40 legislators against Tarun Gogoi as chief minister. 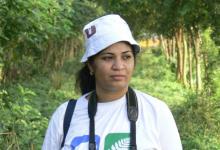 29 May 2017 - 10:58am | AT News Guwahati
First Green Oscar winner from northeast India, Purnima Devi Barman will grace the ‘Meet the Press’ program of Guwahati Press Club tomorrow. The interactive session with the wildlife biologist &...

Who will replace Ranjit Das

17 Dec 2016 - 11:59pm | AT News
Assam BJP leadership are believed to have been preparing a panel of senior MLAs to be finalized for the post of assembly Speaker in lieu of Ranjit Das who is set to take the rein of the state unit....

11 Dec 2008 - 3:41pm | editor
The killer bird flu is dispersing to some more areas that could force the authorities to expand the culling operation.According to information, in the city also bird flu is being detected in...