Boost for AFSPA go back call

Come Thursday. The voice against the Armed Forces (Special Powers) Act, 1958 is set to get a major boost. As many as seven organizations are holding a day long discussion on the draconian Act that has been drawing protest across the north eastern region. 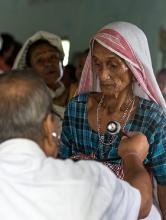 10 Sep 2016 - 2:25pm | Koushik Hazarika
Aaranyak celebrated its 27th foundation day on 9th September 2016, quitely amongst the residents of Dhobaati Belaguri, Bokahkat, adjacent to the Agoratoli Range of Kaziranga National Park. On this...

11 Mar 2015 - 10:30am | AT News
The Dimapur incident that sends shock and anger across the north eastern region has reached the  Gauhati High Court.The court has issued directives to the Centre and Nagaland government asking...