The Golaghat police have blamed Naga militants for the recent firing at Ratanpur paddy field where a villager was killed and three others sustained injury.

According to police, despite tight vigil by the security forces, armed miscreants from Nagaland opened fire on a group of farmers when they were harvesting crops. Senior police officers are probing the shocking incident to convey it to their Nagaland counterpart. 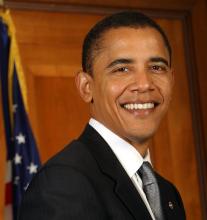 Hail Obama as the leader of the new world

6 Nov 2008 - 3:34am | gpnarua
The election of Barrack Obama today as the president of USA symbolises the rise of a new world order. He stands for the change of perception of the people. His emergence signifies that in a modern...

5 Apr 2012 - 5:26pm | editor
Three suspected GNLA militants were killed at an encounter with security forces in Golapara on Thursday. The encounter took place in the wee hours at Mendipothar bordering Meghalaya where the...