At least 11 people sustained injury when the Adivasi-sponsored bandh turned violent in Udalguri on Thursday. The incident took place in the morning when a group of bandh supporters forcibly disallowed the weekly market to take place in protest against the NDFB-S carnage.

The clash started when a section of the people refused to listen to the appeal and attacked them where 11 Adivasi youths have been injured. As the situation went out of control security forces arrived in the spot and resorted to blank firing and lathicharge to disperse the mob. 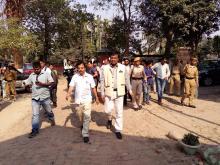 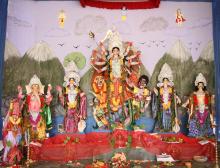 21 Oct 2015 - 8:19am | AT News
Devotees across the state are seeking divine help to wipe out the diabolic tentacles of terrorism, violence against woman across the nation when they are offering puja to the goddess Durga. With...

13 May 2012 - 2:14am | editor
Assam Chief Minister Tarun Gogoi stressed coordinated efforts to ensure that Majuli is included in the Unesco's World Heritage Site list. Speaking at a seminar on Majuli's Cultural Landscape -...