Two back to back incidents of racial attacks on north eastern people in New Delhi hangs the capital’s head in shame again.

The first incident took place on Friday when girl moved police alleging sexual exploitation by her employer.
The manager of the firm where the victim is an employee is absconding. Search is on to nab the accused.

The second incident took place at Malviya nagar where a local youth molested a Naga girl on Friday. Police, however, caught the accused on receipt of the complaint.
……

28 Nov 2015 - 6:56pm | Shalini Borgohain
Mistakes after mistakes by Amit Shah in his speech in Dibrugarh rally left state leaders red faced on Friday. But who will tell the BJP president to be correct? According to grapevine, Shah have... 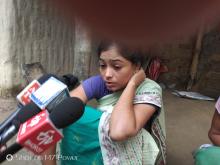 12 Jan 2014 - 6:36pm | AT News
Assam state BJP on Sunday alleged a nefarious Congress conspiracy to foil the Narendra Modi’s rally in February.Talking to reporters in Guwahati in the afternoon, state party president...