An “Annual Academic Day” for the session 2014-15 was held on 02 Aug 2015 at Sainik School Goalpara, the first residential school of its kind in the North Eastern region. The day commenced with an impressive ceremonial Guard of Honour in the school parade ground reviewed by Mr Nitul Gogoi, IPS, Superintendent of Police, Goalpara District, who was the Chief Guest for the occasion. The Academic Day proceedings began in the school auditorium witnessed by cadets and parents, whose children received various awards.

Capt (IN) Edwin Jothirajan, the Principal presented the School Annual Report showcasing the accomplishments of the school during the Academic Session 2014-15. The Chief Guest signed the “Scroll of Honour” and gave away book prizes and certificates to the cadets who excelled in various events. Cadet Gaurav Bordoloi who stood first with 91.6% marks in AISSCE (class XII) was awarded the ‘Principal’s Gold Medal’. Cadet Nawaz Hussain was awarded the ‘Headmaster’s Silver Medal’ for his excellent performance in AISSE (Class X Board). Cadet Dixit Raj Lahkar received the trophy for ‘Best in Mathematics in AISSE’. The ‘Ashirbad Trophy’, for the highest scorer in Assamese in AISSE was bagged jointly by Cadet Bikirul Islam and Cadet Fahim Akhtar Hussain. ‘Certificates of Merit’ were given to 21 academic toppers of the school from classes VI to XII.

The prestigious rolling trophies for the ‘Best Performance in House Academics’ were clinched by Lohit House and Aniruddha House in senior & junior categories respectively. Trophies for ‘Inter-House English Debating’ and ‘English Essay Writing Competitions’ were bagged by Chilarai House. The prestigious ‘Cock House’ trophies for the session were lifted by Lachit House and Aniruddha House in senior and junior categories respectively.

‘The Best SSGian’ trophy for the session was awarded to Cadet Sumit Gupta, the ex-School Adjutant, who was also the Captain of the School Volleyball Team in All India Sainik Schools competition and CBSE Cluster Volleyball Championships in 2014.

The prize distribution ceremony was followed by an address by the Chief Guest. He congratulated the prize winners and also motivated the others to work harder and crave for excellence in the future. The IPS Officer exhorted the efforts and devotion put in by the staff in pursuit of nurturing the budding cadets.

The august occasion also marked the release of the ‘SSG New’, the maiden school newsletter by Cdr (Retd) Reena Magdalene. The half-yearly newsletter aims to keep the parents abreast of the progress of their children. The cadets presented their best during the spectacular cultural extravaganza for the parents and audience. The grand event concluded with the School Prayer by Sqdn Ldr D Mathew and a lunch hosted by the authorities. 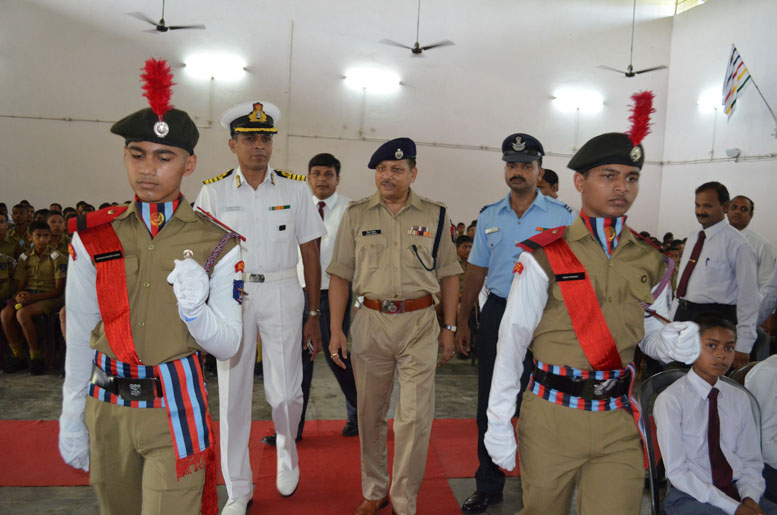 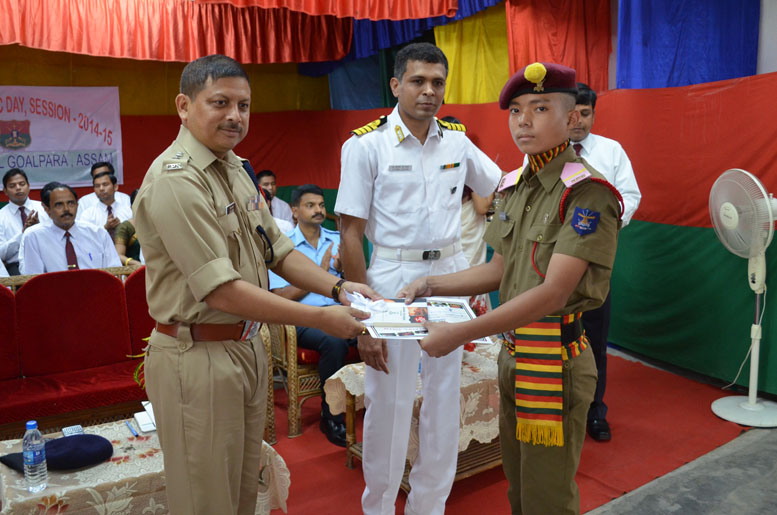 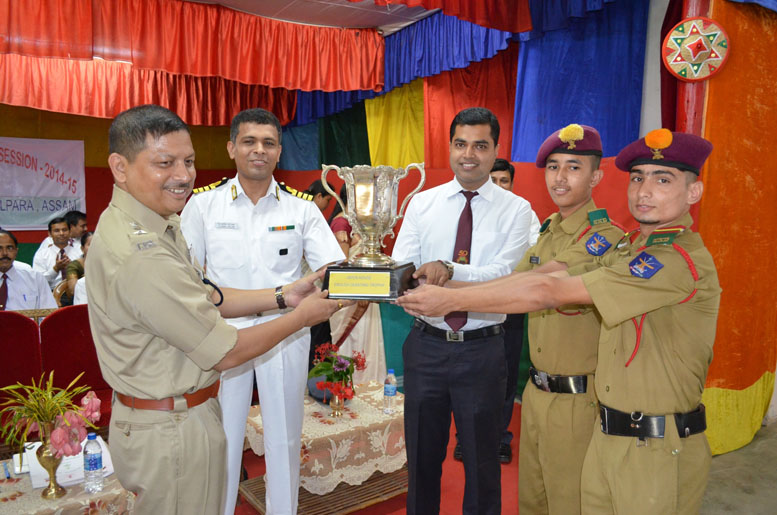 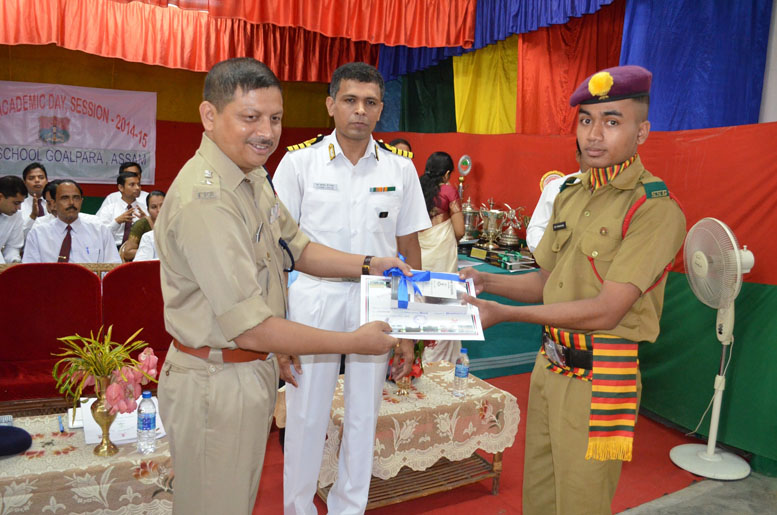 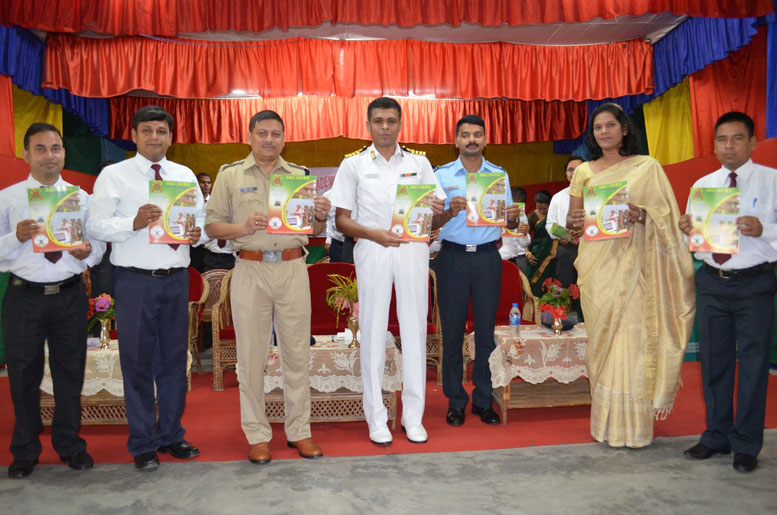 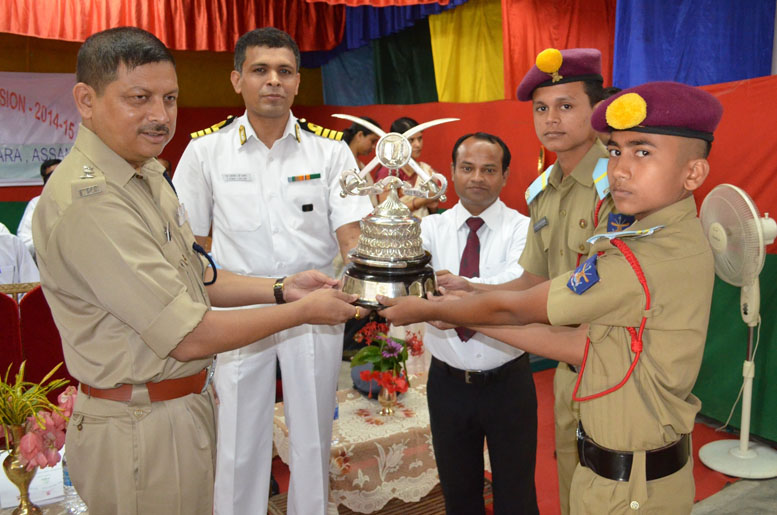 22 Dec 2014 - 8:14am | AT News
Now Dispur writes to Delhi to restore ration to the tea gardens.   In a letter to Prime Minister Narendra Modi, Chief Minister Tarun Gogoi urged the Centre to reconsider the move.Gogoi told...

14 Aug 2018 - 6:53pm | AT Kokrajhar Bureau
Kokrajhar,Aug 14:  Kokrajhar is all set to celebrate 72nd Independence Day on Wednesday with befitting programme scheduled at Govt HS & MP School ground in Kokrajhar, for which why...

2 Feb 2008 - 1:57pm | editor
Manipur has hogged the limelight in the North East Games which ended on Saturday. The guest team has claimed altogether 58 gold medals. Manipur is followed by Assam while third position has gone to...