The Central Bureau of Investigation will probe the Sheena Bora murder case. The Maharashtra government on Friday has handed over the probe in to the sensational case where media baron Indrani Bora Mukherjee killed her daughter Sheena Bora on April 24, 2012.

The entire case struck sensation only last month forcing the Mumbai police commissioner Rakesh Maria to step in.
The high level police team arrested Indrani, her second estranged husband Sanjeev Khanna along with the driver who killed Sheena at the instance of her mother in Mumbai.

More and more sensational revelations have come to light when police interrogated the troika. After interrogation, the court has remanded them to jail and the country’s premier investigation agency is expected to grill them against for an intensified probe to unearth and ascertain the detail of the stunning murder case.

23 Jan 2010 - 1:54am | Jayanta Kumar Das
Mrinmoy Kumar Sarma, a class nine student of Maharishi Vidya Mandir Senior Secondary School Silpuphuri, Guwahati had achieved a land mark for his invention of low cost candles which he had...

27 Mar 2014 - 4:00pm | AT News
The Gauhati High Court on Wednesday will hear Akhil Gogoi’s bail petitions moved two days back.The court took up these petitions on Thursday moved by his counsel. But could not proceed due to non... 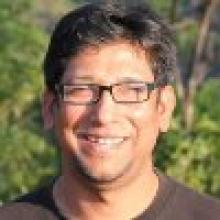 13 May 2014 - 8:40pm | Nava Thakuria
Journalists’ Forum Assam (JFA) has expressed deep shock at the sudden demise of Ahir Bhairab Borthakur, a city based young journalist, who expired Tuesday morning in a city hospital.Started his...