Settlement of villagers in the Kaziranga National Park triggers an intensified war of words between Mrinal Kumar Saikia and Akhil Gogoi. The BJP leader and businessman Saikia has moved the Gauhati High Court seeking its intervention to evict the settlers to save the world heritage site.

But the KMSS leader is dead opposed to the idea saying the settlers would help the national park free from the illegal settlers. The KMSS leader who held a huge rally in Kaziranga on Wednesday said that they won’t allow anybody to evict the indigenous lot. Gogoi held the rally after Saikia moved the Gauhati High Court for its intervention to evict the settlers in the world heritage site. 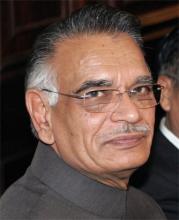 13 May 2008 - 1:27am | editor
Union Home Minister Shivraj Patil is arriving in Shillong on a two-day visit to Meghalaya on Tuesday as part of his visit to the region to review the law and order situation. According to information... 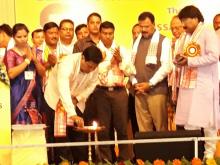 23 Jul 2009 - 12:54pm | editor
There has been a steep in the cases of infiltrating from across the Indo-Bangla border if the government ius to be beleived. According to a home ministry statement, till June this year, 991 foreign...