Five students from Saralpara area have been missing since Novenmber 28 last along the Indo-Bhutan border in Kokrajhar district has been created resented among guardian and parents.

According to source, the students age group between 11-14 years -old were went missing going for Saralpara ME school on November 28 and since then no any information were received whereabout them. Guardians of the students searched for them, besides contacting their relatives, but till date no any informations were gathered so far and today intimated about the incident, said a guardian from Saralpara.

Police has been started investigation into incident after noticing the situation in the region, told a senior police officer.

29 Nov 2017 - 7:35pm | AT News Imphal
The Manipur  government has set a target to complete tourist circuits at Imphal, Moirang, Khongjom and Moreh under North East Circuit of Swadesh Darshan Scheme at a cost of Rs 8,966 lakh during...

30 Jun 2012 - 1:39pm | editor
Congress president Sonia Gandhi will be on a day long visit Assam next week to take stock of the flood situation that rendered lakhs of people homeless. Conforming this in New Delhi on Friday, Assam... 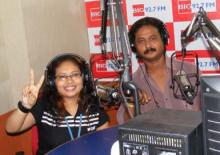