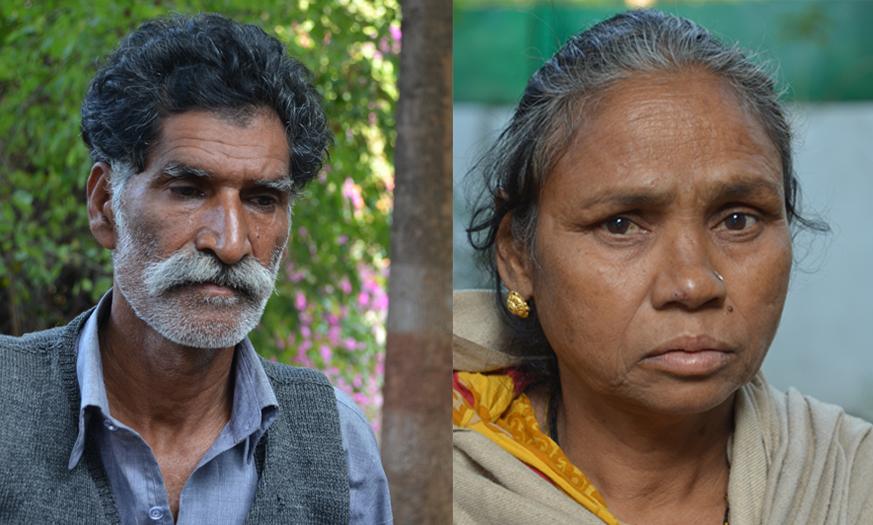 In a covert operation assisted by WTI, Hari Singh and Munni, husband and wife, were apprehended in Gwalior and 27.5 kgs of pangolin scales were seized from them. It is a huge development in busting the pangolin trade racket since they are a crucial link to the trade that has been flourishing for the last few years. Madhya Pradesh Forest Department (MPFD) in co-operation with Wildlife Crime Control Bureau (WCCB) was able to apprehend the accused after a regular and steady surveillance using phone and modern tracking devices.

Pangolin scales are high on demand for various reasons and the trade has been going on for several years. However, this has been the first major development in busting this module. It is expected that ‘Operation Shield–I’ could reveal linkages to other poachers, middle men and buyers.

Hari Singh and Munni have been active in running a successful wildlife trade network for about 20 years in the states of Rajasthan and Madhya Pradesh. Both of them are wanted in tiger poaching cases in Rajasthan since 2005 and are booked in association with tiger poaching and trafficking near Ranthambore Tiger Reserve. Their sons, Azad and Bablu, have also forayed into the illegal trade of wildlife goods. They moved to Madhya Pradesh as the authorities in Rajasthan were looking for them. Hari Singh established his base in Kelaras in Morena district of Madhya Pradesh and continued his business of wildlife trade. With the rise in demand for pangolin scales in the last few years, Hari Singh forayed into the pangolin trade creating and maintaining trade linkages with other traders and poachers. His wife, Munni, turned out to be an expert carrier of illegal wildlife material. It is believed that women make good carriers of illegal wildlife materials since they don’t arouse suspicion. Munni has been transporting illegal wildlife goods to and from poachers and buyers

Hari Singh was arrested in the process of dealing in pangolin scales after which his house was raided and more material were seized including wild boar hair, peacock feathers, mongoose hair and more pangolin scales. Munni confessed to being a part of the trade for more than 20 years and would travel to MP and Rajasthan into the settlements of hunting communities and strike a deal with poachers. She would collect various illegal wildlife goods and accompanied by other women she would transport the material to Morena and sell them to traders. Their sons, Azad and Babloo, also got in to the family business and were trading in wildlife goods across three states while the Special Operations Group of Rajasthan Police was searching for them.

The information about them came from a conservationist friend based in Rajasthan with whom WTI team was in touch. Initial contacts were made with the suspect through a decoy and Hari Singh being a master of illegal trade was suspicious from the first moment and the multiple sessions of brain games started between the suspect and the covert team. As Hari and his gang was already in established business of pangolin scales, they were not ready to meet a new buyer, but over a period of few months carefully planned moves, the team won his confidence and the operation took place.

“It’s a great operation and our joint efforts helped in nabbing a wanted and established wildlife trader. When conservation NGOs and enforcement agencies work together, it can turn out to be very successful just like it happened in this operation,” said Ravi Shrivastava, PCCF (Wildlife), Madhya Pradesh, who was closely monitoring the whole operation.

WTI is doing a study on the poaching and trade of pangolins across India and the information collected during the study is now being analyzed to build intelligence which could result in such operations across the country. The team is already planning ‘Operation Shield–II‘ in a different location and initial moves have already been made.

20 Jan 2018 - 8:49am | AT News
GUWAHATI: A 5.2 magnitude earthquake struck massive panic in Assam early in the morning on Saturday. Originated at Gauripur in Dhubri, the tremor jolted the entire state at 6.45 in the morning...

28 Apr 2015 - 9:34pm | AT News
There is no trace of 22 Assamese people in Nepal. According to disaster management authorities, the government has written to all DCs and SPs seeking the details of the untraced people in Bhutan...