This is election time in Assam and political parties are not leaving any stone unturned to get as much vote as possible. If someone is promising to create 2.5 million jobs in next five years, other one is promising to protect civil and human rights of the persecuted minorities. In reality, all these hollow promises will be going to the cold storage of politicians’ conscience without a second thought. However, one such hollow promise and great deal of hypocrisy paining me since 29th of March, 2016. Deputy Chief of Bodoland Territorial Council Khampha Borgayari conducted an election meeting at a newly encroached forest village called Laimuti on 19th of March, 2016. Borgoyari promised to provide land patta along with other services to the forest dwellers who settled in the forest most recently. But to know more about his hypocrisy and political gimmick, let me take you through the village.

Three of my colleagues along with our local resource person Dan Narzary, we crossed the bamboo bridge over river Chapma a beautiful place around 10 kilometers from Runikhata under Chirang district of BTAD in Assam. River Champa is a narrow but powerful river as its water follows fast and during monsoon it becomes ferocious. A middle age man was hurling his fishing net near the bamboo bridge. The big trees in the upstream of the river made the scenario picturesque.

Soon after crossing the bridge, we found a small hut on the bank of river Champa. I talked to Dhaneswar Basumatary – the owner of the hut. His family members were busy in planting tapioca tree. His son was cutting the tapioca tree into equal pieces to plants. The plant was new to me; our local resource person Dan Narzary who did his masters in Ecology, Environment and Sustainable Development from Tata Institute of Social Sciences introduced the tapioca plant as a “poverty resilient food”. The hut itself was enough to correspond to the level of poverty faced by the family. But the story of tapioca escalated the brutality of poverty and hunger. Dhaneswar Basumatary’s family was forced to move into the forest in 2005 to live such a miserable life when his 8 bighas (over a hector) of agricultural land was eroded by river Champa. Dhaneswar Basumatary is not the only victims of river erosion, many of the forest dwellers of the area were uprooted by river erosion.

It is worthy to give a glimpse of the larger picture of erosion affected people of Assam. Study revealed that in 50 years (1950 to 2000) river Brahmaputra alone had eroded 7 percent of Assam’s total land and tens of thousands people have been displaced. Till 2015 Assam Government didn’t have any rehabilitation programme for the erosion induced IDP (Internally Displaced Persons) of the state. In March last year, Assam Government came up with a scheme called “Chief Minister Special Scheme for the Erosion Affected People”. The scheme talks about providing land as compensation for both homestead and agricultural purpose, if government land is not available cash compensation is to be offered. But the scheme remained defunct for almost a year. No effort was made by the government to disseminate the information regarding the scheme among the displaced people. We tried our best to make the affected people aware about the scheme and encouraged them to apply for compensation. But nothing happened till January 2016 and finally I filed a RTI petition seeking some crucial information like how many applications received and processed etc. Assam State Disaster Management Authority which is the nodal agency for implementation of the scheme; scandalously replied my RTI petition saying that the agency had not received any application! Later on one of my journalist friends investigated the matter and revealed that despite no promotion and advertisement, ASDMA had received a large number of applications and as the agency couldn’t deal with such huge number application. Before replying my RTI government changed the scheme through another circular. The modified scheme is equal to nothing! The government has modified it in such a way that almost no erosion induced IDP can avail any benefit under the scheme. This kind of government indifference and apathy have been pushing the erosion induced IDPs to settle generally in forest areas and to migrate into urban areas for livelihood.

We continued walking through the path recently cleared by chopping down the trees in Laimuti. Though the roots of big trees were burnt down to decompose early but are still visible thorough out the fields. Dan Narzary lamented that, being a professionally trained environmentalist he felt like crying after seeing the destruction of the forest just 10 kms away from his house. He feels that tribal people are losing their belongingness towards forest and overlooking the importance of forest conservation. He pointed out a number of factors which attributed towards this change in attitude. At one hand poor people are being uprooted by river erosion, violent conflict and they are not compensated by the state. On the other hand the government forest department is destroying the forest by partnering with smugglers. How the poor people can think about conservation of forest? Dan questions.

By the time we reached the village market in Laimuti it was late afternoon. The village headman Sukur Basumatary took us to an open school. Few fixed desk benches and a pair of wooden chair-table and a tinned roof hold up by not many concrete pillars were the only infrastructure in the school. However, name of the school Rwdwmkang which means ‘uprising’ in Bodo language actually points towards the aspiration of the villagers. More than 50 students are getting educated without any government support. The villagers collect money and other resources among themselves to pay the monthly salary of Rs. 1000/- to the teacher. Around 8000 people are living in 25 forest villages in Laimuti area without a single government school, no Anganwadi centre, no health facility, no source of drinking water or any other government services. In other words, they are still living right inside the forest, where there is no presence of government.

Three out of the 25 villages faced retaliatory attack from Adivasis on 25th of December, 2014 i.e. two days after the massacre of over 70 innocent Adivasi people by suspected NDFB (S) militant in Sonitpur district of Assam. At least 23 houses in those three villages were burnt down to ashes by the miscreants. The Bodo inhabitants were forced to set up shelter camp in Laimuti market. Hundreds of terrified Bodo men, women and children had continued to live in the camp for over two months without any support from government. Chakra Basumatary one of the victim said “forget about relief, rehabilitation or compensation, no government departments including police department didn’t visited the affected villages”. When one of the civil society organizations took the victims to government office in Kokrajhar, the victims were abused by the officials and their request for compensation was out-rightly rejected.

Khampha Borgayari who served as Deputy Chief of BTC in the previous term also never did anything to minimize their suffering, even during the toughest time of arson and forced displacement. The villagers at Laimuti said that Borgayari is now campaigning for his colleague Chandan Brahma and he has promised to provide land pattas along with other services like education, health, water etc.

If this is the fate of displaced Bodos – to protect whose right the territorial privilege was granted, then anyone can easily imagine the condition of displaced non-Bodos living in the model BTC! 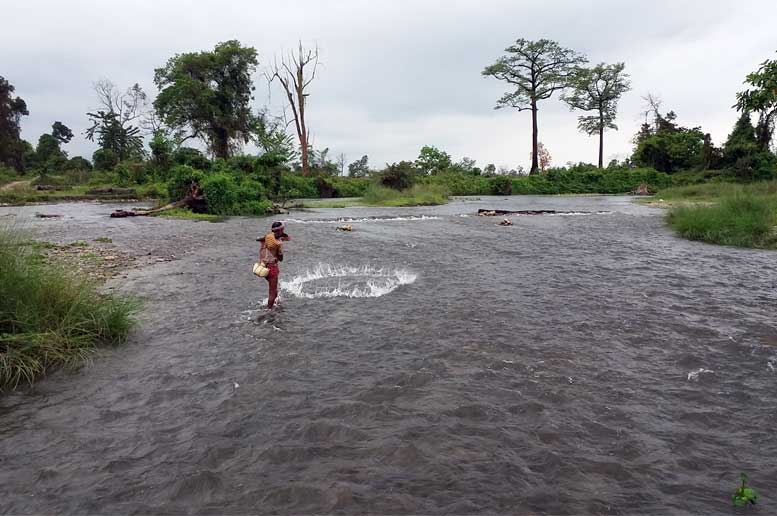 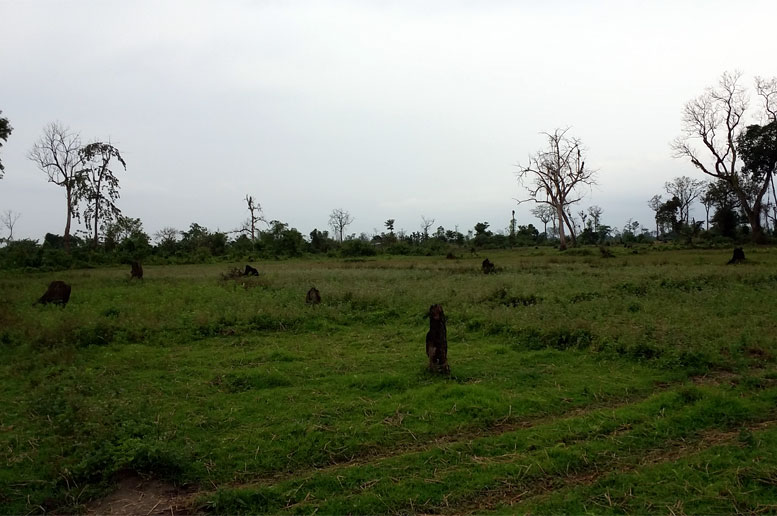 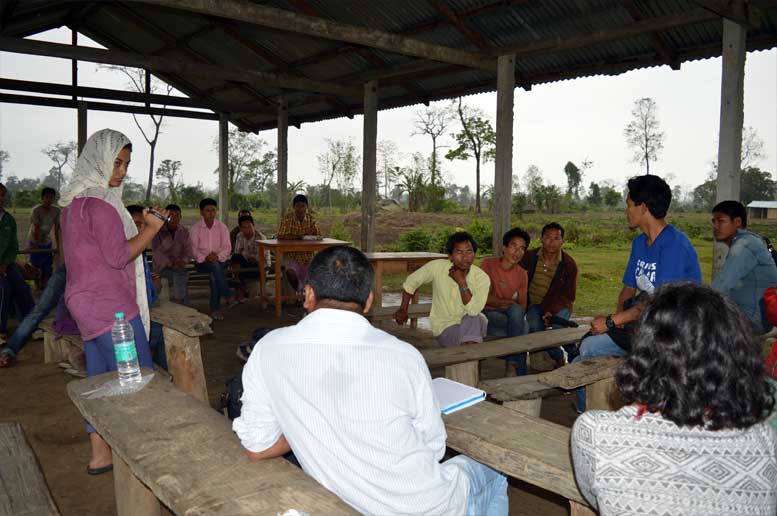 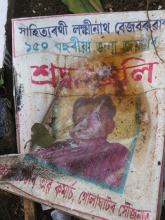 9 Oct 2015 - 9:29pm | Siddhartha Handique
Once again the people of Golaghat district of Assam have reasons to hang their heads in shame if they have read Kamalakanta Bhattachara who rued What is the use of washermen in a naked state. That’s...

20 May 2012 - 1:14am | editor
Dibrugarh University authorities will install CCTV cameras in the examination halls when it will conducting the Combined Entrance Examination for medical and engineering students. For the first time...