Guwahati: In connection with the abduction and recovery of the dead bodies of the CCI Manager Kailash Jha and PWD junior Engineer Ajay Kumar Deka, the City Police has arrested five persons, inlcuding an Army officer, for kidnap and murder of Deka. They have been identified as Lance Naik Akon Kumar Das, Jitu Choudhury, Rinku Choudhury, Subhas Das and Amar Thapa. While Jitu and Rinku, both brothers, were arrested from Baksa district last night, Subhas Das and Amar Thapa, both surrendered ULFA rebels, were arersted from Pathsala, Barpeta today. Sources said that the late Deka took Rs. 7 lakh assuring to provide them jobs.

Meanwhile the Prime Minister, Manmohan Singh has condemned the incident and has directed that necessary security measures should be taken immediately to prevent such incidents from happening.

Union Minister of State for Heavy Industries, Mr Dev has also discussed the issue with the Home Minister and has urged him to immediately review the security arrangements of Central PSEs in Assam.

On hearing of the incident, the Minister had called up the DG Police, Assam in the night of 15th July on the measures to be adopted post the kidnapping. He called on the Prime Minister to discuss the emerging security related issues with regard to employees of Central PSEs functioning in Assam.

He also has written to the Chief Minister Tarun Gogoi to strengthen security in the state to safeguard the life and property of Central PSE functionaries in the state. The Chairman, CCI has gone to the spot for remedial action.

In the meanwhile, the body of Mr Jha has been sent to his hometown in Samastipur, Bihar by CCI. CCI will ensure immediate payment of Rs.10 lakh of security insurance which was provided by the company for persons working at the site and in addition, will also pay Rs 2 lakh to the bereaved family as ex-gratia. 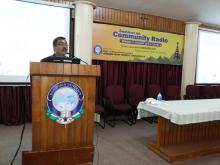 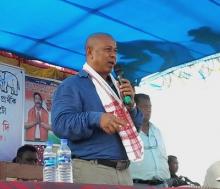