A community mass prayer was organised at Fakiragram Madrassa in Kokrajhar district on Monday praying for early recovery of Baktar Ali Ahmed,vice-president of BPF and former president of BTC Religious Minority Council(RMC),who has been under treatment at Apolo Hospital in Chennai since few months back.

Ahmed,senior BPF leader and former BTC MCLA,was admitted to Apolo Hospital few three months back for kidney diseases.Both kidneys of Ahmed failure and his kidney are being donated by his wife Sahajadi Alom Sarkar and would be transplated tomorrow.

Narzary wishes a speedy recovery of Ahmed and successful of kidney transplant by tomorrow.He said that Ahmed is a senior leader of BPF party and his contributions towards BTC region is endless in building social integrtaion.Mollah also extended his prayer to the almighty Allah(God) for early recovery of Ahmed with healthy successful of kidney transplant. Mentioned be made that Ahmed was BTC MCLA(govt nominated) 2005 to 2010,founder president of BTC RMC and still holding of vice president of BPF party. 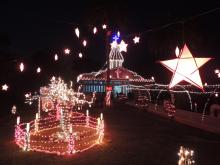 24 Dec 2017 - 6:21pm | AT News
GUWAHATI: Amid a pinching cold wave sounds of jingle bells and midnight carols from the churches across Assam have mingled in the air on the Christmas evening on Sunday. Churches are teeming with...

23 May 2018 - 10:38pm | AT News Imphal
Imphal: A two-day interactive seminar on women’s rights and liberties in Manipur was a refreshing experience for the participants. Organized jointly by National Human Rights Commission, New Delhi (...

2 Feb 2014 - 9:51am | AT News
North East students have reiterated demand for steps to ensure their safety and security in New Delhi.A delegation of the students from the region called on Delhi Chief Minister Arvind Kejriwal on...