AIDS was first discovered in USA in the early 1980s. From then it was spreading like a wild fire all over the globe. Golaghat, a quiet small town in upper Assam, has topped the list of HIV affected person in Assam with a total of 106 number of HIV positive cases till date. In this rate Golaghat will soon become the epicenter of AIDS in Assam. After Gauhati Medical College and Assam Medical College, district wise Golaghat has highest number of AIDS patients. While talking to this correspondent, Kalpana Devi, Counsellor of Golaghat ICTC told that from 2003 to 2006 there were 18 numbers of death cases of AIDS patients including 11 male, 7 female and 2 children. The major portion of HIV infected persons were defence personnels, truck drivers and businessman, she added. She also told that massive awareness is necessary to make the people aware of these deadly diseses as there were no medicines to fight AIDS till date. From the year 2003 when the Integrated Counseling and Testing Centre was established in Golaghat there were all total 106 number of HIV positive cases till date out of which 72 were male and 34 were female. Of these HIV positive people 37 AIDS cases were detected till date out of which 29 were male, 8 were female and 2 child.

It is important to mention here that Nagaland and Manipur has a high rate of intravenous drug-users which is supposed to be a key factor in exporting HIV virus to Golaghat through the National Highway 39 which connects Golaghat with Manipur and Nagaland and also the flourishing flesh trade in the region is playing a pivotal role in increasing the number HIV affected persons here. It is high time that government take proper initiative to prevent the menace which is on the high rise. 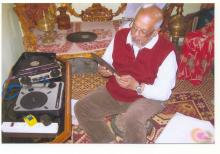 1 Dec 2016 - 6:31pm | AT News
The additional amount of the electricity tariff runs into a hail of anger and protest. Many organizations are believed to have been preparing statewide protest demanding an immediate roll back. “We...

13 Nov 2016 - 11:18am | Mowsam Hazarika
4th Assam International AGRI HORTICULTURAL Show 2017 will be held on January 6-9, 2017 at College of Veterinary Science Playground, Khanapara, Guwahati, Assam, India. It is the  International...