Unwarranted sand mining is adding to the plight of the Nonai River in Udalguri district. The 28 families living in Paschim Nalbari village under Mouza Dakua of Harisinga Revenue Circle office have been spending sleepless nights due to detrimental government policies. The villagers complained that due to rampant sand mining in Nonoi, the river was changing its course and moving towards the inhabited areas. “The river bed has turned unstable, thus disturbing the biodiversity of the region,” said Khagen Boro, whose two bigha land, including his house, has been eroded by the river. The villagers plea for protection from erosion by building embankments was submitted after through enquiry by Harisinga Revenue Circle Office to the  Deputy Commissioner, Udalguri on June 8, 2015 vide memo no.HRC/DM-12/2015/1957. But for reasons best known to the civil administration, no steps have been taken till date.

The villagers alleged that neither any MLA, MP, Executive Member of BTC nor any civil administration official has visited them in the past two years or so. From forcing the river to change its course, to affecting the groundwater tables and adversely impacting the habitat of micro-organisms, the ramifications of rampant sand mining are many. “Sand is important for ground water recharge, on a riverbed it acts as a link between the flowing river and the water table and is part of the aquifer,” said wildlife activist Jayanta Kr. Das.

“The impact of tampering with the rivers and their resources can be catastrophic. When sand and boulders are removed in an unimpeded way, the erosion capacity of the river increases. Sand and boulders prevent the river from changing the course and act as a buffer for the riverbed,” Das added. “There are a lot of micro-organisms that are not visible and widely known, but are critical to soil structure and fertility. When we dredge sand, we literally take away their habitat,” he further said.

From civil officials, student body members and goons, everyone is alleged to receive a handsome amount of money. By violating norm limits on the quantity that can be mined, thousands of tonnes of sand are being illegally mined to meet the rising demand of the construction industry. Another environmentalist on condition of anonymity expressed concern over use of heavy excavator machines in river beds. “When we mine sand using excavator machines, the results can be destructive. Sand mining should be carried out manually. Excessive sand mining causes degradation of rivers, therefore, there has to be periodic assessment of how much sand can be sustainably mined, as the quantity can vary from river to river and within a river from stretch to stretch,” he said.

23 Sep 2013 - 12:11am | Raktim Baruah
Centre for Koch Rajbanshi Studies and Development (CKRSD) invites print media journalists of dailies to apply for the Koch Media fellowship 2013 on “Koch Rajbanshi: Past and Present in Assam and...

31 Mar 2015 - 3:38pm | AT News
A special Act is coming up to deal with the private schools known for exorbitant charge as fees. The same Act , now in process, would further firmly deal with the school managements were the teachers... 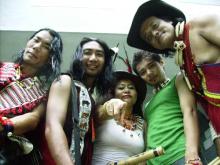 5 Apr 2009 - 4:28am | Aiyushman Dutta
In a defining moment for the regional music scene, the newly floated Rockarolla Music Society would be formally launched with an international concert at Hotel Landmark in Guwahati on April 12. The...