Other BJP chief ministers are also attending the meeting convened by party president Amit Shah who is announcing a huge blue print for the 2019 general election.

AIUDF MLA to be arrested

9 Sep 2015 - 9:51pm | AT News
Police men probing the rape charges against Gopinath Das have been searching the AIUDF MLA which is still on the run.A team of senior police officials simultaneously raided his residences in... 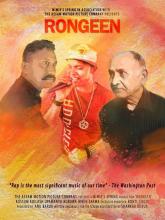 14 Feb 2019 - 3:39pm | Prantik Deka
At long last, the people of Assam will get to savour the beautiful colours and electrifying music of the widely awaited Assamese film ‘RONGEEN’. Scheduled for a March 15 theatrical release, the...