NAMRUP: Literally boxed by Arunachal Pradesh in the east and south and the historic Charaideo in the western side, Assam has yet another paragon of nature's beauty and bounty. Known as Jeypore Reserved Forest in the civil district of Dibrugarh, the abode of many wildlife can now boast of being an emerging tourist hub. The beautiful and potential forest falls under humid and heavy rainfall zone required to be a rainforest. Even in dry season, say from November to March, Joypore remains damp which recorded maximum annual rainfall upto 3640 mm in 1999. Maximum temperature recorded upto stood at 35 degree in 1990 and minimum temperature was 8 degree in 1999.

The forest forms a part of the world heritage of tropical/ Subtropical wet evergreen forest, multistoried in structure and rich in biodiversity.  It is an abode of Hollong of a height of 50 metres apart from Sopa , Dhuna , Sam , Hollong , Jatuli , Borpat , Mekai , Nahar , Uriam Seleng etc .   The name of some valuable trees with scientific names  found in this forest are as follows :-

Animals Found in the Joypur Rain forest with Scientific name .

Forest officials call it an example of nature beauty which spreads over an area of 108 sq km at  Joypur in Dibrugarh covering an area of 10,876.68 hectares known for more than 40 rare species of animals, more than 320 rare species of wild birds. Some of these are now disappearing from the earth and more than 150 rare species of snakes still exist. The Mumbai-based Natural History Society and Bird Life International Society have conducted a survey at the Jeypore Reserved Forest and renamed as site for Important Bird Area Site.

In this area Fire Rare types of Owl , various types of eagle , fasu, moupiya bhadarkali. Around 67.7% of birds in this area where 36.3% are seasonal and 23.1% others visit here during winter. Other 2.5% come during summer while 10.7% others stay in the rain forest. The rain forest has an immense scope for emerging as a hotspot for thousands of tourists from the country and abroad. The country's first ever rainforest festival is still celebrated in Jeypore and in a in a bid to boost eco tourism, a three day Joypore Rainforest is included near the forest area from February 11 to 13. But this time it will be celebrated on December 30 and 31 which will include camping inside the  forest  , trekking , rafting ,  bird watching , elephant riding and many more . 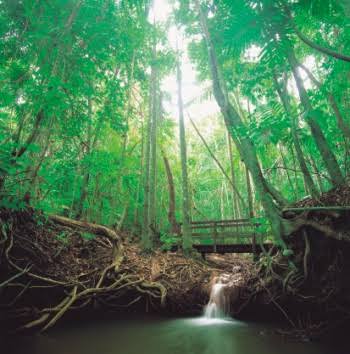 Lakhipur to go to bypolls today

12 Sep 2014 - 6:52am | AT News
Lakhipur in Cachar district is all set to go to the bypolls on Saturday along with Silchar ad Jamunamukh. Altogether 137,398 voters will decide on the fate of five candidates in the voting...

4 Jun 2008 - 9:30pm | editor
Police have arrested two youths in Morigaon after they looted more than Rs 77,000 in cash from a State Bank of India branch on Wednesday.According to information, the two youths namely Amal and...