Kokrajhar,Jan 17: Noted Bodo litterateur Chittaranjan Mashahary passed away after fighting for the last couple of months on Wednesday.  He he 76 when he died at his Belguri residence in Kokrajhar in the wee hours.

BTAD areas observed a half holidays on Wednesday to respect the demise of the huge figure.

Sahitya pensioner Chittaranjan Mashahary was hospitalized a few months back. Recently he was  admitted at Siliguri hospital for better treatment following his prolong illness.

A funeral rally along with his body was carried out in Kokrajhar beginning from Belguri village,Banargaon,ABSU office in Kokrajhar,Dotma,Serfanguri, Serfanguri and ended at his residence where well wishers, students union members paid last respect. Later,cremated at Belguri village crematorium by the evening.

3 Jan 2017 - 3:50pm | AT News
A moderate magnitude tremor struck no less panic in Assam and its neighbouring north eastern state on Tuesday afternoon. Measuring 5.6 in Richter scale, the tremor was felt at 2-40 in the afternoon...

Beltola limping back to normalcy

25 Nov 2007 - 7:25am | pbaruah
The situation in the city is limping back to normalcy a day after a string of violence in the Beltola area of the city where several people are feared killed besides as many as two hundred injured....

19 Oct 2017 - 9:42am | AT News
Department of Bodo of Chaiduar College organised one day youth motivational programme on good social regeneration for the students at the college campus on 18th October. It was organised to... 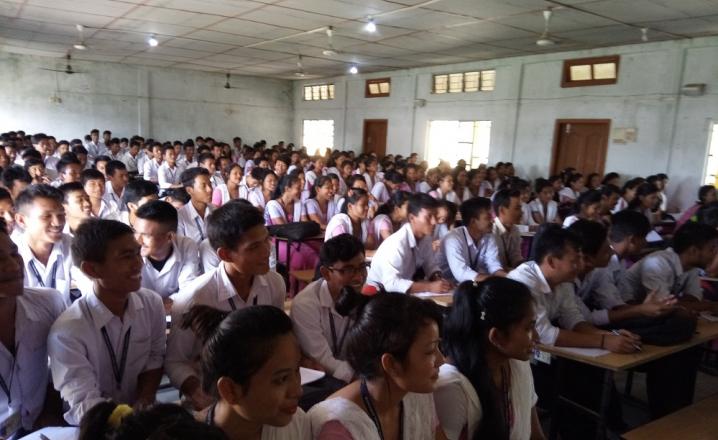