SHILLONG: Amid watertight security arrangement, Meghalaya is all set to go to the polls to elect 59 legislators in the 60 member assembly on Tuesday. Altogether 1.8 million voters are gearing up to exercise their franchise to decide on the fate of 370 candidates who include 32 women at 3083 booths across the north eastern state.

Polling officials have already reached their assigned booths with EVMs and other materials to conduct the voting from 7 in the morning to 4 in the afternoon. Security forces are stepping up strict vigil in the nook and corner of the poll bound state to keep any poll related incidents of violence at bay.

A three-cornered battle is in place in the state where ruling Congress is seeking a third consecutive term while NPP is making all efforts to unseat the Congress regime without any deal with the resurgent BJP. But the regional parties might hold the key in the absence of single largest majority.

Polling has been countermanded in Williamnagar after NCP candidate Jonathone N Sangma died in militant attack. The vote counting is taking place on March 3 simultaneously with Nagaland and Tripura. 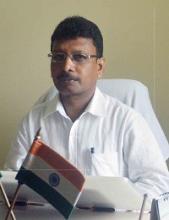 23 Apr 2017 - 7:41pm | Shajid Khan
The 25th Rongjali Bwisagu celebration which got underway on Saturday concluded here at Tangla on Sunday. The All Bodo Students’ Union (ABSU) Udalguri district commiittee along with Tangla...

Ranjit Gogoi to perform in Ireland

20 May 2013 - 11:41pm | Abdul Gani
After the colourful performance at ‘India Campaign for Olympic 2012’ in London, folk artiste Ranjit Gogoi’s magical drum beats will be heard once again at Irish Festival on 23rd and 24th...