Brahma was admitted at the hospital in Guwahati on critical condition on September  26 following critical illness and continue to remain in ICU till his death.

He was first taken to a private nursing home at Kokrajhar town on September 24, but referred to Guwahati after he was detected urinary problem and kidney trouble.

Brahma, breathed his last on Wednesday at around 12.30 pm at Apollo Hospital in Guwahati due to prolong health deteriorate.He was 76. He leaves three daughters behind his wife.

He is widely known to people in the region and has respectable figure in the society and was associated with many social organisations.

BTC chief Hagrama Mohilary expressed his deep condolence over his death and prayed for eternal peace. He said that BTAD region lost a great leader with his death. 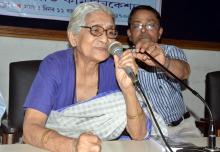 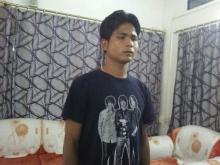 23 Dec 2017 - 7:04pm | AT Kokrajhar Bureau
KOKRAJHAR:Yet another NDFB-S rebel has landed in police dragnet who was arrested in Baksa district on Saturday. Acting on a tip off, Balsa police launched a sudden operation at Bennabari area where...