Talking to media, Sharma informed that he is resigning from all posts of Dimakuchi AXX Committee.

He stated that Xahitya Xabha should be secular and non-political. It has been observed that a very many men of the organization have involved in politics and seeks refuge from political leaders. 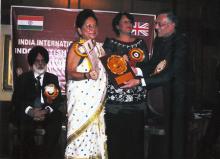 13 May 2013 - 6:26pm | AT News
Utter sensation prevails in Titabor where a six-year-old girl was allegedly raped in a tea garden.  According to the FIR filed on the complaint of the girl's father, she was called out of her...

9 Aug 2012 - 5:33pm | editor
ULFA begins strike in Sivasagar district in the run up to the independence day. A police team had a narrow escape in Charaideo when a powerful bomb exploded in their full view near a body they were...
Follow @Assam Times