The high-pitched slogans of model BTC is a distant dream when the plight of people of Singrimari village near Bhergaon in Udalguri district of Bhergaon BTC constituency is taken into consideration. Life is a balancing act for the people of the village as the makeshift bamboo bridge over Kalanadi river is the only means of communication for the villagers travelling to neighbouring places like Tangla town.

The villagers have expressed great resentment over the affairs of the public representatives in resolving the issues plaguing the village. According to reports,the Singrimari-Tangla connecting bamboo bridge have been only mode for commuters who include school and college students, traders as people need to cross the rickety makeshift bamboo bridge everyday.

The villagers repeated appeal for a concrete bridge have fallen into deaf ears. They have also been compelled to reconstruct new makeshift bamboo bridges every year through their own savings.

The villagers resented the inaction of Lok Sabha MP ,Ramen Deka; BTC supremo Hagrama Mohilary in sanctioning a concrete bridge. Secretary of Udalguri chapter,All Adivasi Students Association of Assam (AASAA)Prakash Bara have strongly raised his voice on the issue and have exhorted the state government and BTC authoritied to consider the matter at the earliest in greater interest of the people. 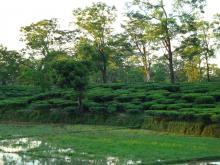 Populist measures in the time of lockdown

31 Mar 2020 - 8:41pm | AT News
Guwahati: In a bid to give some sort of respite in the time of nationwide lock down, the Assam government is launching a slew of schemes targeting 72 lakh families in the state. Presided over by...

26 Dec 2008 - 1:18am | editor
Lt General Parnaik, VSM will take over as the general office commanding at the army's Four Corps. According to information, Parnaik will replace Lt Gen Baljit Singh Jaiswal who is being promoted as...

7 Mar 2016 - 12:53pm | AT News
By Sanjb Baruah If I were a Facebook user I would have surely clicked ‘like’ on the news that the Nationalist Socialist Council of Nagalim (Issak-Muivah) and the Government of India have reached a...