Kokrajhar is all set for upcoming Lok Sabha election on April 23 next as Election Commission of India (ECI)  announced dates of the election on Sunday.

Necessary preparation and arrangements are made to conduct the election with smooth environments as per norms of the election commission.

Notification would be issued on March 28,last day of the nomination filling on 4th April, last day of the withdrawal on 8th April, voting on 23rd April and counting would be taken place on 23rd May. 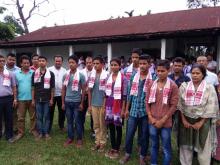 Poverty does not matter in merit

2 Jun 2017 - 12:12am | AT Kokrajhar Bureau
Merit, precisely, has nothing to do with the economic background of the students. Many students from economically backward families in the remote areas have passed the HSLC and HS examinations with...

10 Jan 2017 - 10:29pm | Robertson Tanti
Shock and sensation gripped Dimakuchi after a local boy went missing from a picnic spot on Sunday. Police and SSB jawans have been jointly carrying a search operation since he was declared missing... 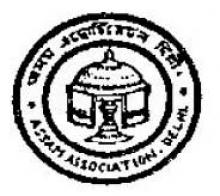 8 Aug 2007 - 4:16pm | editor
New Delhi: The Assam Association of Delhi is in the process of collecting funds and all essential items for the flood effected people of Assam. The Association is aiming to donate about Rs. 2 lakhs...