In my earlier post on the Mining Controversy in the Dehing Patkai Forest, I had raised two issues: firstly I had given my reasons for stopping coal mining in the NE region. The second issue I raised was about the general nature of response of the State Governments to the Central Public Sector Units and other Central Organisations operating in the NE region. I would like to elaborate on this aspect now.

Based on my very limited exposure, I get a feeling that the State Governments in the North East, irrespective of who is in power, have been too acquiescent to challenge the Central Government entities operating in this region. I don’t think, over the years, there has been anyone in the State Governments, at least in Assam, who had the gumption to review the performances of these entities and their contribution to the region’s all round development and impact upon (positive as well as negative) the local socio-economic or ecological factors.

Continuing with where I started in the earlier posts, I would like to start with the North East Coalfields (NEFC) of Coal India Limited (CIL). It is common sense that any entity, who wants to undertake mining activities, first has to get a MINING LEASE of a DEMARCATED AREA for a FIXED PERIOD of time from the Government.

When the Coal Mines were nationalized in 1972 and 1973 and NEFC was formed, a fresh lease for 30 years was given to them. Theoretically, the lease ended in 2003 and was to be renewed. If Press reports are to be believed, NEFC DID apply to the Assam Government for lease renewal. Assam Government apparently kept quiet. Following the dictum “silence is a form of acquiescence”; NEFC merrily continued and like the proverbial Arab Camel, even started nibbling into the adjoining eco sensitive areas.

Three days ago, NEFC has notified that it has suspended its coal exploration activities. This is more a legal compliance than showing any concern to public outcry. Let us see whether the State Government would take immediate steps to inventorise the mine-head stock of coal. Otherwise, all the illegally mined coals from the rat-hole mines (which are reportedly continuing to operate unconcerned) would be transported away as already mined coals of NEFC. This happened in Meghalaya after the SC ban on illegal rat hole mining.

In my previous post on the subject, I had extensively quoted statistics from CIL’s Annual Report. I had left one piece of statistics which exposes how liberal the Government of Assam (GOA) has been about NEFC. NEFC, with great pride, announces that its System Capacity Utilisation (SCU) is a whopping 97.72%, while the average SCU for the ENTIRE CIL is 78.19%. Almost a 20% above par performance. Congratulations, NEFC.

Generally, SCU is impaired by externalities beyond the control of any organisation. Issues like delays in land possession, Law and Order or IR problems, Encroachments and their removal, forest and environmental concerns etc are factors, which negatively impact SCU figures. These factors are, to a large extent, dependant on the local State Government. The high SCU scores of NEFC clearly indicate that the GOA has given an almost free hand to the NEFC to operate in the region with impunity. No further comments, I feel, are necessary.

Take the case of the Railways. I have the highest regards for the Railways for its professionalism; for the enormity of its size, the vastness of its spread and the complexities of its operations, it is the most effective Central Organisation in the country.

However, let us take the Maligaon Headquartered Northeast Frontier Railway (NFR). By Frontier, I assume it means the Frontier states in the North East of India. How come, in that case, that the major divisions of this FRONTIER Railway are located in Alipurduwar in Bengal and Katihar in Bihar? Why should NFR extend beyond Srirampur to the West at all?

The NFR was formed in the mid 1950s when there were only seven Railway Zones: apart from NFR,they were Eastern Zone, Western Zone, Southern Zone, Central Zone, Northern Zone and North Eastern Zone. Since then, all the Zones except NFR have been splintered and now we have 18, yes Eighteen, Railway Zones in the country. There is enough justification to restrict the NFR to the seven North Eastern States only. In recent years, the Rail network has expanded vastly in the NE, but NFR is the only Zone that has not been splintered since its inception. The reason is very simple.

Though we have a Regional Railway Recruitment Board located in Guwahati, bulk of the recruitments in Group C and D take place in Malda in West Bengal and Katihar in Bihar. There is a definite bias towards non recruitment from the NE States. With the State Government’s hand off policy, this goes on merrily.

During the previous regime, the State Government’s indifferent attitude allowed critical projects like the Bogibeel Bridge or Broadgauging of the Lumding Badarpur lines to flounder due to local problems. It was leading to virtual abandonment of these projects. It was only the new regime coming to power in Delhi six years back that changed the scenario through its direct intervention.

The performance of the Railways, their technical prowess, project execution excellence and operational competence has been indeed exemplary in the NE. But political incompetence at the States’ levels in dealing with the Railways has indeed been galling.

Next, let us take the Subansiri Project of NHPC. The project was started long back. Meanwhile the Arunachal Government recklessly signed 150 odd hydroelectric project MOUs and it was feared that these dams would adversely impact Assam. It was then that Akhil Gogoi and his followers took up the issue and as a handle, stopped work on the Subansiri project in December 2011.

In August 2012, as an Independent Director of NHPC, I initiated a dialogue between Akhil Gogoi and his associates with NHPC, in which the Jt Secretary of the GOI was the Chair. Akhil Gogoi was very reconciliatory in the meeting. It was felt that the issue was more at National policy level and a tripartite meeting involving the Government of India, Government of Assam and the Movement Leaders should be organised. Accordingly, the Union Power Minister, Shri Veerappa Moily sent a personal letter to Assam’s Chief Minister to convene the meeting. But the State Government showed least interest in doing so, even though the Subansiri Project had critical bearings on the future of the state. It continued to insist that it was an issue concerning NHPC and NHPCthey should sort it out themselves. Eight years later, the Central Government is forcefully coming out of the imbroglio and the State Government is not uttering a word, except keeping Akhil Gogoi under bars.

We may delve on the Paper Mills of HPC at Jagiroad and Panchgram. Their impending deaths could be predicted five years back. It was a slow and torturous journey to their demise. Yet all the time, the State Government was impervious to the coming doom, except mouthing platitudes and getting sold on false hopes. The state could have learnt from Kerala. Hindustan Newsprint Limited, which was a subsidiary of HPC, was saved from liquidation by the Kerala Government which took over the Mill by fighting the Central Government. It’s ironical that after allowing the Hospitals and the Central Schools of these units to close down, the Jagiroad Hospital facilities are being refurbished for Corona purposes.

It must be quite fresh in the minds of many, how the Sangeet Natak Akademi’s move to shift to Agartala from Guwahati was stopped at the last moment by the initiatives of a few individuals. The proposal for setting up a Spices Research Centre under the Spices Board also became a non starter due to State Government’s indifference.

Earlier, when OIL was a Joint Sector Company, the Government of Assam had a nominee in its Board. Assam Government felt quite relieved to be rid of this burden (?) when OIL was fully nationalised in 1980s. There was a possibility that the Baghjan tragedy could have been averted if the State’s interests were protected by proper representation.

Due to the State Government’s timidity, Calcutta continues to dominate Assam. Why should the HPC, Tea Board head offices be located in Calcutta? It was only after we in the Jayanta Madhav Committee took up aggressively that the SBI constituted the first local Board in the North East. 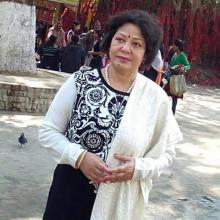 8 Oct 2016 - 3:53pm | AT News
Electronic Media Forum Assam (Emfa) expresses its profound grief at the sudden demise of Arundhati Dutta in New Delhi on Saturday morning. Ms Dutta, 61, apart from being a promising writer, was a...

12 Dec 2017 - 2:56pm | AT News
GUWAHATI: The Income Tax department conducted a raid at the residence of Mahabir Jain in three places in the city of Guwahati on Tuesday. Over 200 IT officials and policemen reached the residence of...