Cine star Sanjay Dutt popularly known as Munna bhai was sentenced to six years of rigorous imprisonment for the 1993 serial blasts case by a special court in Mumbai on July 31. The curtains came down on the 13 year long trial with a sobbing Sanju baba pleading for leniency but Judge PD Kode of the TADA court cancelled Dutt’s bail plea citing that his acts were “eminently dangerous” and showed a “high element of criminality”. It is said that Justice delayed is Justice denied and justice was definitely denied to Sanjay Dutt which came a calling thirteen years after his alleged crime of illegally possessing an AK-56. No doubt that possession of Arms is illegal then most of the jails of India should be filled with such criminals such as the self styled “ bahubalis’ and politicians who fire rounds of ammunition in the media glare during private parties defying the law yet walking free. There are thousands of people in India who are hiding an illegal gun or two in their closets. Star crossed Sanjay Dutt became a victim of his own star status for his was a trial that has probably been the most public of all criminal cases. Had he been an ordinary man he might have been given a lighter sentence like his co accused Russi Mulla who was given probation. Mulla was an accomplice in Sanjay’s crime as he had destroyed an illegal weapon on the behest of Dutt. Many a Sanjay fans are disappointed at the “unfair” judgement. It is unfair to punish a man who has admitted to his mistake, has already served 18 months in jail and is turning over a new leaf. Where Judge Kode has himself acknowledged that his crime was “not brutal, cruel, ghastly, inhuman, not anti social, immoral and did not result in any harm to anyone” than why on earth was he handed such a brutal punishment. Why make him a scapegoat just to teach others a lesson. Ours is a country of oxymorons where murderers, rapists, terrorists walk free but many a times innocents fall victim of a blinded justice

Permalink Submitted by jay on Wed, 05/12/2007 - 04:16
DonÃ¢â‚¬â„¢t worry, he will be out before you wake up the next morning and will be working on next sequel. I think so other tan possession, he was also charged with destruction of evidence. So much for repentance! Not a good article.

Demand for a super fast train from Dibrugarh to Mumbai

12 Mar 2012 - 7:58pm | Jutika Mahanta
“More than my illness traveling became a major issue”, says Mitrakanta Hazarika who hails from Duliajan adds honestly : “While coming we need to travel by bus till Guwahati for... 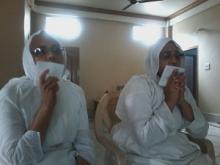 21 Mar 2016 - 11:37pm | Hantigiri Narzary
A massive prepraration has got underway to accord warm welcome highness shantidoot Acharya Shri Mahashraman,chief of Jainism  in Kokrajhar,who is entering the state of Assam through Srirampur on...

24 Aug 2013 - 10:20pm | AT News
The All Bodo Students’ Union finally ended its indefinite hunger strike with lemon water from the hands of Mangalsing Narzary.The decision was taken after the Centre invited them for tripartite talks...