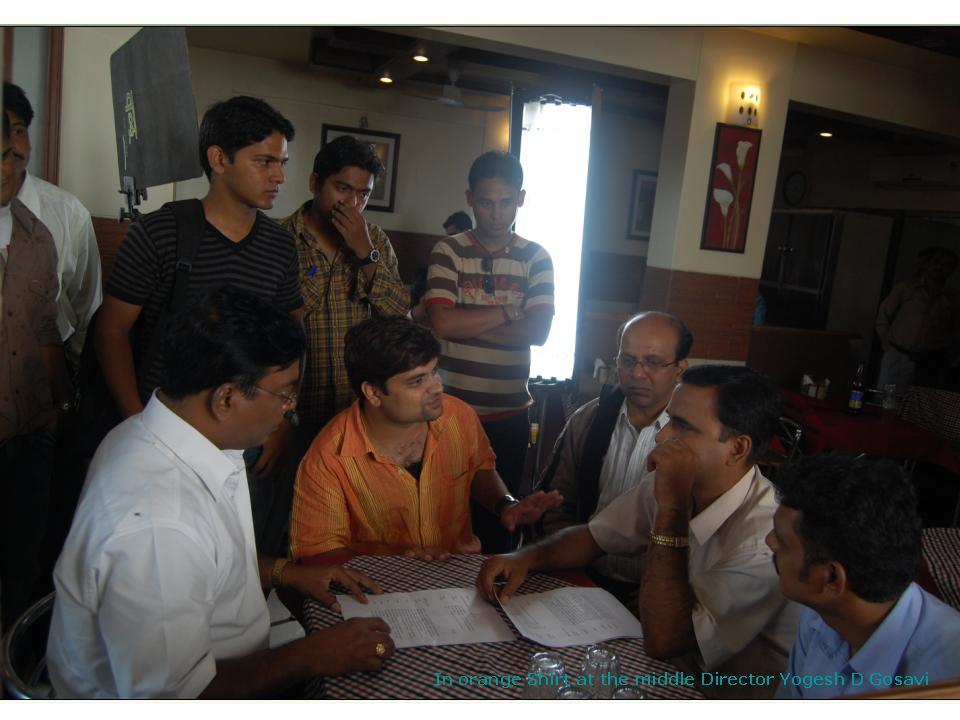 With contemporary audiences entertainment industry is always in creating innovative resources of creativeness day by day, minute by minute to make their work more admired and acquire lots of applauses, be it Big screen or be it the Small screen.

Here we are on the verge of witnessing a very creative and technically sound person through his debutant works on the line. The person who himself loves doing experiments with his own mechanism and with his skills of technical knowledge and of course all new creativeness.

Yogesh Dattatraya Gosavi, a young talented Director is all set, waiting for his debut Film “Pratisaad”, a film based on life story of Homeopathic doctor Aditya Deshmukh, unfolds in a TV interview. Star-cast of the movie is a big round of hit with all enormous and sound actors/actress of the decade. This film contains his skill of inventiveness and will be a sound movie technically. Post Diwali, movie is scheduled to be released for viewers.

When asked about his ideal and tutor, he very politely replied, his guru the famous director Nav Kumar Raju, who is behind his real mentor as a director, for whom he assisted his film Hum Tum Pe Marte Hain. He worked with Suraj Barjatya, Sohail Khan of Bollywood film industry.

He is also being credited with advertisements, few documentaries, few serials all in the making and in the conduit. He started showing his interest towards the field of films and dramas since his childhood. Always having affectionate for listening music and a jolly person by nature, believes in giving room to every artistic quality.

He is always thankful to the support and helping hand provided by famous Anand Abhaynakar and Sunil Tawade. In cooperation they are coming with some more projects to enrich the Marathi and Hindi Film Industry. He also gives credit to others such as Kishore kadam, Nilam Shirke, Jayant Savarkar for his success.

Lets cross our fingers to see his works of creativeness and somewhat diverse in mood, and wish him a great future with lots of wishes of luck and success.

Permalink Submitted by deepa on Sun, 08/11/2009 - 11:59
hmmmm am very glad to see this really awesome u have done a great job dude when ur film gonna to release am really waiting to see this such a wonderful movie of urs....

30 Aug 2009 - 7:33am | editor
Two top KLO cadres have been arrested during a joint operation by police and army on Sunday. According to information, the top ranked cadres of Kamatapur Liberation Orgnisation cadres have been...

15 Feb 2019 - 9:58pm | AT News
Assam Governor Prof. Jagdish Mukhi condemned the deadly suicide attack on security forces in Kashmir’s Pulwama which left many dead and scores of others injured. In a statement here today, Prof....

14 Sep 2015 - 9:01pm | AT News
The Shillong police have fined three persons Rs 5000 each alleging offence of nuisance under the influence of alcohol in two different case in the capital city. The first incident took place on...