Onions became out of reach for middle class people

Guwahati : Onion prices are going higher and higher. There are queues with worried faces of onion buyers seen at every vegetable shop at different market places like Bhangagarh. Onions are one of those vegetables that is used for Indian dishes of all communities, and it is difficult to avoid them but the recent high price have forced general people (lower and middle class people) to say no to onions. Onions are sailing in retail markets of the city Guwahati at Rs 22-25/- per K.G and the price is around Rs 20/- in wholesale shops. The price has been rising since the last ten days. This is a result of the increase of price in different locations all throughout the country. Guwahati gets huge quantity of good quality onions from Nasik. Onion prices at Lasalgaon, the largest agriculture produce marketing committee (APMC) in Nasik, on Monday rose to a range between Rs 1,000 and Rs. 1,716 per quintal, APMC sources said. The prices were pushed up due to increased demand, less arrival of the crop, direct purchase by big retailers and rising exports, the sources said. According to NAFED Vice-Chairman Changdevrao Holkar, stock of onions in Rajasthan, Gujarat and Madhya Pradesh is almost exhausted, and farmers in Maharashtra are supplying the commodity from their "stored-stock". That caused burning high prices of onions in almost every state. According to market experts it can touch Rs30/- per Kg in next two three days in Delhi and near by, that makes easy to guess the condition of onion market in Guwahati with rest of the state Assam. The situation is expected to change in October-November when new varieties of onion start arriving in APMCs, NAFED Vice-Chairman Changdevrao Holkar added. 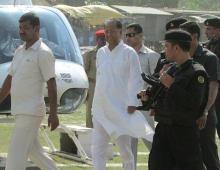 27 Mar 2014 - 3:51pm | AT News
Tarun Gogoi on Thursday scripted history as the state’s longest serving Assam chief minister.The 79 year old political leader from Titabor in Jorhat district on Thursday has broke the record of his...

26 Jan 2014 - 6:20pm | AT News
In yet another repeat performance, journalists on Sunday defied militant diktat and celebrated the 65th Republic Day in Guwahati Press Club premises. A group of other citizens, including children,...