Assam Health Minister Himanta Biswa Sarma has come forward with yet another heroic act ‘The Assam Public Health Bill, 2010’. It sounds very fantastic to the common people. But there is fear abound that the poor doctors may be on the receiving end. The bill which has been moved to the current Assam legislative assembly session says that all emergency patients must be given full free standard treatment for first 24 hours in both government and private hospitals, failing which the patient may claim compensation including transportation cost to the private hospitals which would be borne by the state health department in case of non-availability of service at government hospitals.

One thing is not clear, how the private hospitals are going to bear the impact of economic burden towards the cost of medicines, investigations and other procedures besides the man power involved in managing such a single case. Who is going to bear the huge cost involved in the process? To provide such care ‘free’ by private hospitals is ridiculous unless the government or an insurance company bears it. The reimbursement from the government or the insurance company may be lengthy and corruption-laden like most of the government procedures like the Assam Health Establishment Act under which an aspirant doctor or a small health establishment in a rural area has to go through all the humiliating procedures like obtaining certificates from local municipality/Panchayat, electricity, PWD, pollution control board, fire service, etc., etc., which is rarely available ‘free’. Nursing Homes or the private health institutions live mostly on emergency services. Will this act deprive them of the right to live? What happens to thousands of young medical students carrying out medical studies in private medical colleges by paying huge amounts of fees? Will they be able to recover it in their life time?

The proposed patient welfare society (Rogi Kalyan Samity) would be chaired by the Deputy Commissioner of the concerned district or the Principal Secretaries of the Autonomous Councils with the district health authority having no role except carrying out instructions. This may further increase the resentments among the government doctors who have been made puppets by the district administrative officials due to provision of over-interference by non-medical persons over medical professionals. The recent amendment of pay-scale which gives the general administrative officers a higher slab over the highly educated doctors who had been enjoying an equal status hitherto has been opposed by the AMSA (Assam Medical Service Association).

The medical profession is one of the oldest professions of human race. It is heartening to learn that there is some word about health care providers to be ‘treated with respect and dignity’ which is in oblivion in recent decades when doctors are being physically assaulted for many minor and unjustified reasons. Enactments of bills which make doctors more powerless and helpless will surely discourage new entrants to the profession or force doctors who are already in the profession to pack up. It is hoped that the honourable members of the Assam legislative assembly will consider the bill from the doctors’ point of view as well before giving it a final shape.

The doctors in the government service are already over burdened with numerous government schemes for which they are doing over works at the cost of their family and social lives. The government should ensure posting of required number of excess doctors and paramedics before enacting such a bill. The private doctors are ridiculed into Assam Health establishment act, which make small entrepreneurs shy away from new ventures due to some impractical preconditions and red tape over the procedures. The act needs some revisions to remove some oppressing preconditions especially to the small and rural practitioners. Providing access to basic rights of a citizen should be shouldered by the government and not by an individual professional alone as long as ethics are maintained like other fellow citizens.

Permalink Submitted by parag gogoi on Sat, 03/04/2010 - 13:37
from the doctors point of view this bill is really ridiculous.lots of problems like...one, most of the emergency patients need operation in the very first day..who will do the surgery for free specially in the private set up? caeserian section is always done on emergency basis..will all the CS be free? then everybody will go to one beautiful nursing home instead of going to the dilapidated government hospital..neurosurgery is one of the costliest as well as needs immediate operation ..will it be free too? Number two, on what right the government is denying the doctors fees on the first 24 hours ? this is their right to give service and take fees..the clerks of the secretariat of assam even taking fees..what is the role of Dr H B Sharma in this regard? The government is not been able to give the payment of the doctors regularly and without their headache..they even from the remote areas has to come to the district headquarter to collect their salary sleep..for that also they had to feed money to the so called clerks.Third,the government hospitals cannot provide all the medicines which are required to treat an emergency patient..this has already been proved during the tenure of the present health minister..then how the patient will get free treatment on the first day? Four, this bill will give lots of extra paperworks to the government doctors which will affect their service. Five, there will be rise of a new class of dalals in the govt hospitals..for reimbursement of travelling cost, medicines etc. From the patient point of view.One,will they get the money so easily without feeding ten government servants mouth ? two, in the private set up if they are referred to higher centre on immediate basis what they will do? they cannot demand the expertise of doctor in all cases.Also a doctor has the right to refer a patient for good treatment. But this bill will force doctors to refer more patients to higher centres, specially from small private hospitals..three, if the doctor defers the operation to second or third day what will be their response ? for example a fracture thigh bone if presented after 6 hours of the accident is always deferred 4-5 days..so in this type of situation there will be clash between the doctors and the patient party.four,the expected bill will always be more..the cost of first 24 hours will be adjusted..which will be borne by the patient..only on papers it will be shown free. lastly, this bill is nothing but a political gimmick..no one will be benefited..ultimately it is the common people who suffer..the political parties collect money from the banias and the banias collect from the common people but in double rate..no minister can utter a single word against it..not even the so called powerful health minister of Assam.

Permalink Submitted by Aruel Rongphar on Mon, 26/07/2010 - 02:43
Kudos to the people who have put in their endeavors for such a noble task though, what would matter would be the end result. Not to undermine the Private players but, health of any individuals matters most and we can surly sort out in stable ways to deal with the cost to the company. The adverse impact to the most would be some deficits which we are affording for other factors hence affording couple of such deficits to better the health of the masses is justified.

Permalink Submitted by Phatik Baruah on Tue, 01/03/2011 - 22:47
Yes such a bill should be appriciated. Most of the private hospitals are running without valid licence and amminities as per the law. Parking places are not available in most of the private hospitals. In a serious conditions attendents of the paitent are bound to surrender at Doctors advice but in most private hospitals huge quanitity of medicine are purchase and sent to ICU but you have no right to know whether all the medicines are used of sent back to their pharmacy through the back door. Whetever the treatment medical record (ticket) is asked for the doctors never give it. But as per the MCI such it to be delivered within 72 hours. More over Doctors are getting commission from the medicine companies for their medicines prescribed. am i wrong

22 Aug 2008 - 3:52am | editor
The season for exhibitions begins at NEDFi-Haat with the inauguration of the annual week-long “North East Handloom & Handicraft Fair 2008” on August 21. The exhibition was inaugurated by... 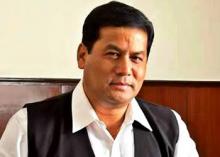 End of agitation in Dima Hasao

30 Jan 2018 - 8:34am | AT News
GUWAHATI: Assam chief minister Sarbanabda Sonowal on Monday assured the agitating Dimasa leaders that his government wont allow the hills district to be annexed into the proposed greater Nagalim...

8 Feb 2014 - 8:21am | Bitopi Dutta
The recent Supreme Court verdict on Section 377 has outraged the entire country and also the international forum. Further dismissal and rejection by the SC on the plea for a review petition has...