Terming the Langpi incident as "unfortunate" the Assam Government has appealed Meghalya for mutual co-operation and stressed the need to adopt give & take policy to make an end to the vexed border dispute between the two states.

"We are not the enemy of Meghalaya.Without diluting the sentiment and respect of the people of both the states, problem has to be solved"- opined Government spokesman Dr. Himanta Biswa Sharma on Wednesday at a press conference at Dispur.

The Minister for the Health & Family welfare and science & technology department said that Chief Minister Tarun Gogoi will go for a talk with his Meghalaya counterpart after his USA tour concludes.

Dr. Sharma also claimed that the border dispute can be solved within 7 days and the discussion of both the states over the border dispute should not only be Langpi centered.He stated that the dispute is not only with Langpi but there are 16 places bordering the two states for which both Assam and Meghalaya stake claim

It is worth mentioning to note that on May 14 last, two persons were killed in police firing and more than 20 injured in an armed clash between Khasi and Nepali communities at the weekly market of Langpi area.

It may be mentioned that the Chief Secretaries of both the states had a discussion the next day of the Langpi incident.

Dr. Sharma also informed that the Government had sent a letter to Meghalaya seeking discussion on all 16 disputed areas which includes Langpi also.

"The Assam Government still stands with it's earlier offer for talks as discussed in the last joint committee meeting held at Nongpoh to resolve the dispute"-the Minister added.

1 May 2012 - 3:24am | editor
The entire country stands bereaved when over 150 people were feard to have met watery grave on the river Brahmaputra in Dhubri on Monday. Prime minister Dr Manmohan Singh called up chief minister... 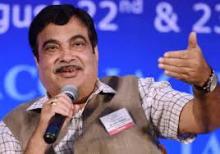 30 Dec 2017 - 11:59am | AT News
BOKAKHAT: Union surface transport minister Nitin Gadkari on Saturday claimed to taken up the biggest one package for the north eastern region after the Independence. Addressing a Press...