The programme was atteneded from every nook & corner of Konyak Clan, such as all the Anghs, Village Council Chairmans, Legislative members (Konyak), Senior Citizens, Konyak Nyupuh Seko khong (KNSK), Advisory Boards & Units Presidents, Ordain Ministers, KBBB Executive Commitee and all the pastors from within the Mn District.

The programme is organised mainly for to maintain peaceful Co-Existence among the general public, political leaders, NGO's heads and the nation workers within the Konyak land whereby to pave a way to built a atmosphere of peace & tranquility,progress & development & communal harmony.

21 Mar 2013 - 8:39am | AT News
Normal life remained crippled in Goalpara and Kokrajhar districts when two separate bandhs rocked the districts which ended on Wednedsay evening.Bandh supporters unleashed violence leaving many...

8 Jul 2009 - 6:30am | Rituparna Goswami Pande
“The Assam State Zoo encompassing over 130 hectares of land boasts of an astonishing collection of some rare and extinct species of wild animals settled comfortably in their natural habitat.... 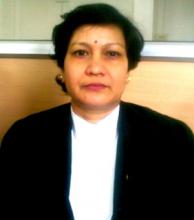 21 Aug 2015 - 1:17pm | AT News
She is none other than Rita Das Mozumdar who moved the court seeking its intervention to stop the sale of small four wheelers without crash-test clearance.According to the advocate at the Gauhati...