Bhutan's Prime Minister Jigme Y. Thinley says he will never allow any militant outfits from Assam to set up base in the Himalayan kingdom. Talking to reporters during his breif halt at the Loka Priya Gopinath Bordoloi International Airport in Guwahati on Friday he said his kingdom will ensure that no one is able to enter Bhutan to run subversive activities. He said he hardly beleives that no militant outfit from the northeastern region would be able to set up base in his country.

19 Mar 2008 - 5:28am | Nava Thakuria
Guwahati Press Club (GPC), in association with DS Group, has decided to engage a group of journalists to study two important issues namely medicinal plants and mobile theatre groups of Assam. The...

Tribute to Mahatma for Gandhi Jayanti

2 Oct 2014 - 3:24pm | AT News
Assam remembers Mahatma Gandhi on his 145-th birth anniversary along with other parts of the country on Thursday. Chief minister Tarun Gogoi led the state and its people in paying tribute to the... 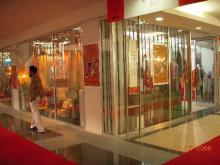 22 Oct 2008 - 4:01am | Manoj Kumar Das
NEDFi has put up a show to showcase the unique and beautiful designer products of North East in the Indian Exposition Mart at Greater Noida in the Autumn version of Indian Handicrafts...