Doc in protest in Golaghat

The doctors, nursing staff and employees union of Kusal Kanwar Civil Hospital took out a protest rally and submitted a memorandum to the Deputy Commissioner for providing security to the employees during working hours in the hospital campus. Dr. Apurba kumar Barua superintendent of the hospital was physically assault by a group of people yesterday at his office. 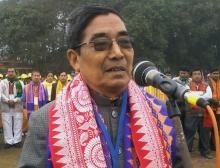 25 Jan 2016 - 10:06pm | Hantigiri Narzary
It is a good news that noted writer of Bodo and President of Bodo Sahitya Sabha Dr Kameswar Brahma has been named for Padmashri award, a prestigious national recognized award was announced on the eve... 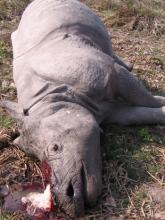 5 Feb 2008 - 11:30am | editor
Again poaching has rocked the Kaziranga National Park on Monday night. The body of the rhino was spotted at the Bagori range on Tuesday morning. The poachers took away the horn after killing the...