Rich tribute was paid in memory of eminent veteran journalist Mr. Kamal Gogoi, who died on November 5th ,2011 last at the age of 87, at a meeting organized by Journalist Forum Assam (JFA) today in the premises of Guwahati Press Club. The meeting , presided over by senior journalist Jatindra Kumar Borgohain, was addressed by senior journalists Prafulla Barua, JP Saikia, Ranen Kumar Goswami, Hiten Mahanta, Rupam Barua, Sabita Lahkar, Jagadindra Raichoudhury Nava Thakuria etc. The speakers described about Mr. Gogoi’s value based and courageous journalism along with his strong personality. Besides his journalism, Mr. Gogoi was also a freedom fighter during the last phase of India’s freedom struggle. His various short stories, novels and travelogues are important contributions towards Assamese literature. 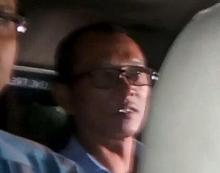 15 Feb 2017 - 10:24am | AT News
Poachers have killed yet another rhino in the Kaziranga National Park for horn triggering anger among the cross section of the people who blamed the authority for it.The incident took place early in...