An unidentified dead body of a young man of about 30 years of age was recovered from a railway track near Donbosco School in Golaghat today at around 6.30 am. The body was found wearing a white shirt and a brown trouser. On the other hand another dead body of an unidentified person, aged about 35 years, was found run over by a train on the railway track near Kamarbandha Railway Station at around 10.30 a.m. today. It is suspected that the person was fall from the down Kamakhya Express. Both the dead bodies were sent for post mortem. Anyone who has information about the dead persons may contact the GRP at Furkating Junction. It is pertinent to note that from September to till date nine person has been killed by moving train in Golaghat. 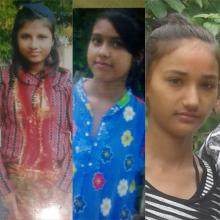 6 Nov 2016 - 11:40pm | Shajid Khan
At a time when there have been reports of missing persons in Udalguri district and active presence of human trafficking groups. A Mysterious incident was reported where three girls went missing from...

28 Jun 2016 - 5:22pm | SK Hasan
The 12 hour bandh call in protest against the move to auction 12 oil fields heavily hit normal life in Nazira on Tuesday. Called by the Tai Ahom Youva Parishad, the bandh got total response in the... 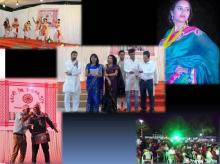 15 May 2013 - 7:43pm | Pranjal Saikia
Assamese people residing in Pune witnessed a wonderful evening on May 11, with the celebration of Rongali Bihu, at the beautiful and natural environment at Bombay Sapers. The celebration was...
Follow @Assam Times