A bike expedition under the slogan of 'Be Indian, Be United, Be in Peace', flagged off from Tuipang of Mizoram for 'India's East to West Green Belt Bike Expedition 2011 passed the state recently. The expedition organised by Sky High Adventures Club of Rajkot in Gujarat, arrived at Dhupdhara in Goalpara District on November 1 and it left for Siliguri after a brief halt. The group comprising of ten youths with ten motor bikes from different states of the country, was headed by Bharatsinh Parmar, president of the club. At Dhupdhara, the members of the group shared their experience of the expedition with the local people. The expedition was flagged off from Tuipang (Mizoram) on October 28 and will reach at Porbandar of Gujarat on November 9, covering 4,300 kilometers. 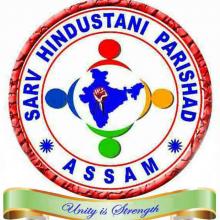